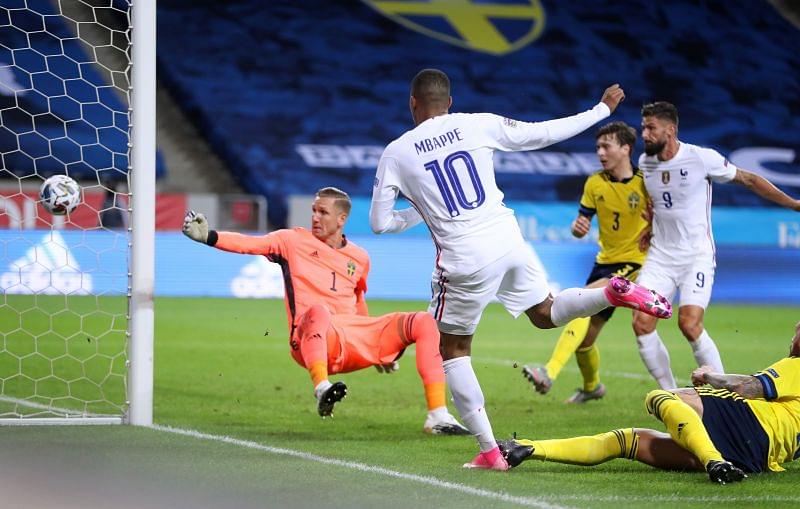 France will be looking to end the group phase of the UEFA Nations League on a high when they face off against Sweden on tonight (Tuesday).

The 0-2 defeat at home against Finland in a friendly encounter earlier this week seemed to have served as a wake-up call for Les Bleus as they went on to beat Portugal 1-0 to secure their place in the Nations League Finals.

Following the win, Didier Deschamps’s side are sitting at the top of Group A3, with 13 points from five games.

Sweden, on the other hand, are rooted to the bottom of the group, having managed to collect just three points from five games so far.

However, they head into the game on the back of an impressive 2-1 win against Croatia in their latest encounter.

Janne Andersson’s side will need to better Croatia’s result against Portugal tonight if they are to avoid relegation to League B.

The reverse fixture in the group, played in September earlier this year, saw France beat Sweden 1-0, courtesy a first-half strike from Kylian Mbappe.