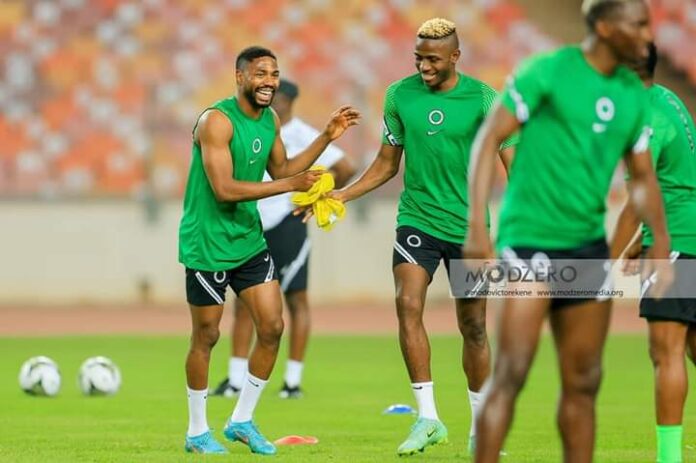 March 25 will see the surviving ten teams battle it out for CAF's five allotted spots in the 2022 FIFA World Cup in Qatar.

Ghana and Nigeria will be renewing their epic football rivalry while at it, and both teams will be hoping to exert their dominance over the other.

The first leg of the doubleheader fixture will take place at the Baba Yara Sports Stadium, Kumasi, Ghana and Ghanaian fans have promised to make it as hostile as possible for Nigeria in order to give their team the psychological edge.

Nigeria, meanwhile, will be hoping to break their winless streak against Ghana, who are currently in their worst spell as a team.

Ghana will come into the tie as wounded lions after a disappointing African Cup of Nations outing in Cameroon last January. The Black Stars would only draw one game to get knocked out of the tournament in the group stages, an incident that earned them a lot of stick from past players.

Their qualifiers form, however, was better, even though it was not without its controversies. Ten points from their first five games meant that they needed a win in their last game to progress.

That they did in dramatic fashion and will be hoping that that luck carries on into the playoffs against Ghana. However, their recent form – including their poor AFCON outing – of one win, two draws and three losses from their last six games could count against them.

Nigeria, on the other hand, is flying in African football right now. Barring their exit from the AFCON at the hands of Tunisia, as well as one draw and loss in their qualifiers group stages, the Super Eagles have emphatically brushed aside all opponents they have faced.

The AFCON exit also left a bitter taste in the Super Eagles mouths, seeing as they progressed to the round of 16 of the tournament with a 100 percent record, the only team to achieve that feat in AFCON history twice.

Ghana will do well to be wary of the high flying Super Eagles, who also boast some of Europe's best talents in their various positions.

History, however, does not favour them in this tie, which could count for something in favour of their opponents.

Otto Addo will be managing his first game in charge of Ghana on Friday and the challenge could not be bigger. They have been strengthened by AS Roma prodigy Felix Afena-Gyan, while boasting their trusty veterans like Thomas Partey and Andre Ayew in the squad.

Jordan Ayew, Ghana's tenth highest goalscorer, is currently sidelined with COVID-19 after a test on Sunday but could still be declared fit by the end of today for the game.

The biggest hit to the Super Eagles squad is Wilfred Ndidi, who suffered an injury playing for his club Leicester City just a week after being called up to the squad.

First choice goalkeeper Maduka Okoye is also out of the first leg due to an illness, but he remains in the squad in case he recovers in time for the second leg of the fixture. In his stead, Francis Uzoho, who tended goal for the Super Eagles in the 2018 World Cup, will start.

However, Odion Ighalo, Emmanuel Dennis and Victor Osimhen, who were unfortunately absent from their AfCON squad, are back in the side. They, alongside new Super Eagles Akinkunmi Amoo and Ademola Lookman, are sure to have the Ghanaians worried.

The balance of the squad can be called into question, however, as it is made up of mostly strikers and only five midfielders. That being said, it is not a full tournament, and it shows interim manager Augustine Eguavoen's real intentions towards the tie: to score as many goals as possible.

This Super Eagles side is on par with the best of the best in Africa right now: Morocco and Senegal. It will take a lot, especially for Ghana who have struggled in the past few years, to stop their momentum.