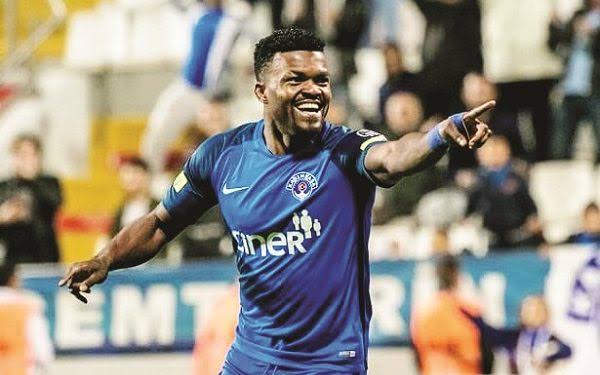 Former Nasarawa United center back, Frank Tebo registered an assist to help Hacken snatch all three points at Orebro on Sunday afternoon in the Swedish Allsvenskan.

The centre-back who started from the bench when he visited Behrn Arena to face Orebro on matchday 22 of the ongoing campaign replaced injured captain, Faltsetas Alexander after thirteen minutes.

And after Hacken's spirited performance in the early stages of the tie, Tebo and his teammates raced in front in the second minute of added time of the first half.

Tebo provided a quality assist for his Nigerian compatriot Godswill Ekpolo who slotted in from close range to give The Wasps the lead shortly before half time.

In a matter of seconds after getting the first goal, Bengtsson Leo was set up by Walemark Patrik for the second goal as the first half ended 0-2.

Hosts, Orebro, pulled one back through Nahir Besara from the penalty spot.

Super Eagles B star, Tebo Franklin, ensured that the home team didn't get more than a goal and was rated highly in the match.