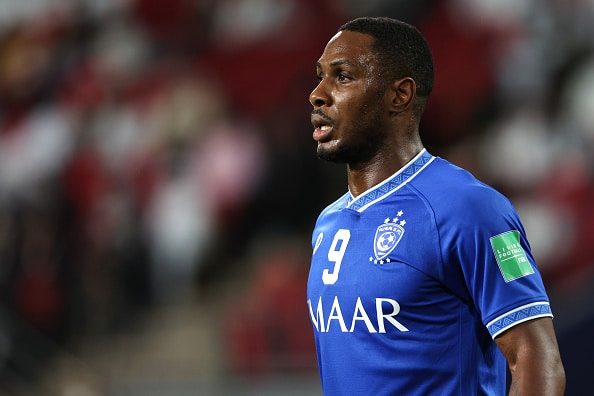 The Super Eagles striker is in his second year at Saudi Arabia after moving to the club from Chinese club Shanghai Shenhua via Manchester United.

Until January 2022, Ighalo was signed to Al-Shabab where he starred and became a fan favourite in less than six months. After an unfortunate incident between himself and the club which caused him to miss out on Nigeria's run at the African Cup of Nations in Cameroon, Ighalo forced a move and rival club Al-Hilal signed him.

He has since displayed quality at his new club as he continues to work his way into the forefront of their plans this season.

Ighalo, who scored 40 goals in 100 appearances for Watford while at England in both the Championship and the Premier League, and made 13 appearances for Manchester United while on loan at the English giants from Shanghai Shenhua, said:

“I’m enjoying my time here. It’s my second year here in Saudi Arabia with a different team and everything is going well. I’m scoring goals and the team is doing well, so I’m happy!

“Everybody knows the Premier League is the best league in the world and the standard of the league is very high. The intensity, the coverage, the fans and the stadium, everything is top. The league here is still growing, a lot of foreign players and managers are coming in, I would say it’s a good league and a tough league, but you can’t compare to the Premier League.

“I would say it’s Championship level. It’s very tough, physical and each team has foreign players playing and foreign coaches, a lot of tactical work and intelligent players in the league.

“In England we train in the mornings, but due to the weather here, it’s very hot and we train in the evenings. We have a longer day, train and then come back and rest. In China we trained in the mornings because the weather is not too hot there. It’s a different league and culture entirely. I’m happy I get to learn and live in difficult cultures, it’s something I will cherish for a long time.”