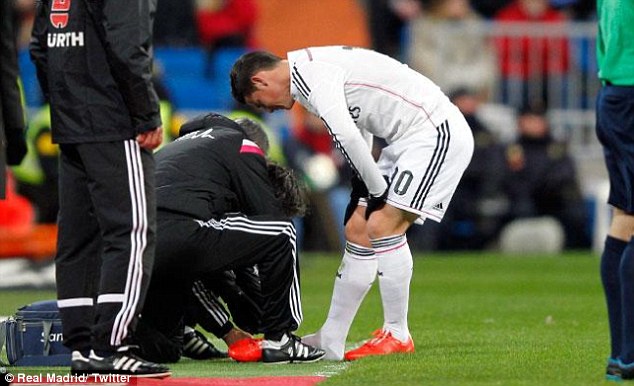 James Rodriguez made his first Madrid appearance since 2017 as he started in Los Blancos' 1-1 draw at home to Valladolid on Saturday, having spent the past two seasons on loan at Bayern Munich.

The Colombian was withdrawn in the second half in what was described as a knock by coach Zinedine Zidane, but it turns out the problem is slightly more serious.

“After the tests carried out today on our player James Rodriguez by the Real Madrid Medical Services, he has been diagnosed with a muscle injury in the right soleus,” the club said on their website on Monday.

“His recovery will continue to be assessed,” they added.

The 28-year-old is expected to be out for two to three weeks and will, therefore, miss the trip to Villarreal in the third round of La Liga on Sunday.

But with a two-week international break to follow, he should be back in time for Madrid's game at home to Levante on September 14.

Real are already without Marco Asensio, Brahim Diaz, Eden Hazard and Rodrygo through injuries, while Thibaut Courtois, Ferland Mendy and Luka Jovic have all had spells out this summer.