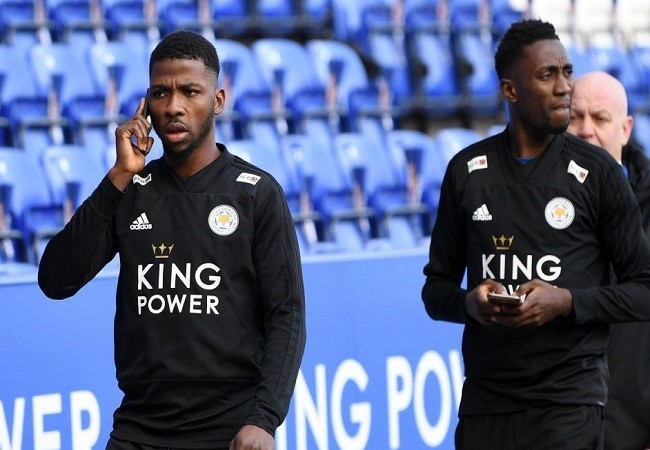 Leicester City have made incredible acquisitions bringing the likes of Patson Daka, Ademola Lookman and Nampalys Mendy in the summer.

But the continued rumours surrounding the likes of Wilfred Ndidi and James Maddison are persistent ahead of the next transfer window.

While the England international who missed the EURO 2020 campaign with the Three Lions was subject to a move to Mikel Arteta's struggling Arsenal, the former was muted as regards concrete offers coming in for him.

The Nigerian ace (Ndidi) has been productive for Leicester City since his move from RC Genk in Belgium.

And just like he moved in January 2017 to join up with the Foxes, he could as well leave in January 2022 to another potential destination.

He's been touted as a good replacement for N'Golo Kante at Chelsea while Jorginho's future is still up in the air at the West London Club.

Ndidi can be a variety of alternatives for aging defensive midfielders like Barcelona's Sergio Busquets and Manchester United's Serbian international Nemanja Matic. But could a big move materialize any time soon?

On the other hand, Maddison will likely stay put at Leicester to forestall his first-team aspiration ahead of the World Cup next year.

So expect Ndidi to be likely departure even as his compatriot Kelechi Iheanacho is widely at the club with a bench role.

Iheanacho could be a good recruit for sides like Borussia Dortmund and Bayern Munich especially if Robert Lewandowski moves to the EPL as touted about in the media.

Brendan Rodgers have failed to make the most of Kelechi's contribution to the Foxes. And his electric finish against Millwall could draw further attention from possible suitors especially as some of the big sides are struggling on the attacking front.

It will be a surprise to see Kelechi Iheanacho been linked with a return to the Etihad Stadium after leaving the club years back.

But an unfulfilled talent as in the case of Iheanacho deserves a move to a place where he can shine in his brightest colours.

Ndidi has come of age as a midfield anchor and a big move could be Ideal even as Nigerian legend and ex-international Victor Ikpeba has stated that Ndidi is too good for Leicester City.

Both players deserve to move on to greater heights as their talents seem to be hugely marginalized by the ship Brendan Rodgers seems to be molding to no avail as they've missed out on a place in the UEFA Champions League twice in a row.

The two Nigerian players (Iheanacho and Ndidi) are of European quality and it's no surprise as to how compatriot Victor Osimhen stole the show with his attacking gimmicks against the Leicester City side in midweek's following their 2-2 draw with Italian side S.S.C. Napoli.