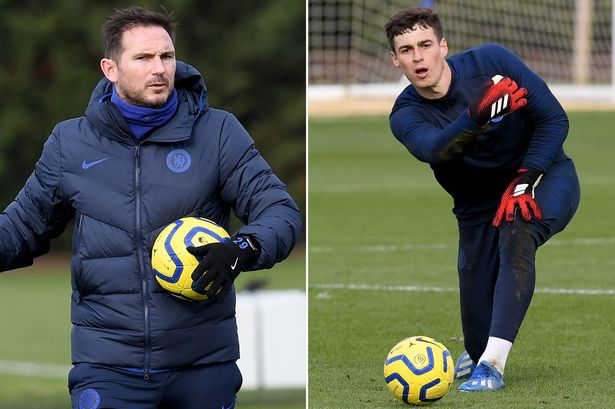 Kepa Arrizabalaga fell down the pecking order at Stamford Bridge before the season was suspended and he has now discussed his Chelsea future and relationship with manager Frank Lampard.

The Blues no. 1’s performances have been inconsistent this campaign with Lampard opting to play back-up goalkeeper Willy Caballero instead.

However, the 25-year-old insists that he still has Lampard's backing and highlighted his ambitions with the Blues.

“The relationship with Frank is very good,” Kepa told Spanish newspaper Marca. “He has shown me confidence from the first moment.

“He must make decisions, but I feel I have his confidence, both his and that of the whole club.

“We have a young team. Then came the penalty of not signing players [Chelsea's transfer ban] but you have to keep fighting for titles. I want to win everything with Chelsea and with the national team.”

The Spain international also outlined his determination to regain his place as the Blues' no. 1.

“We play 50 or 60 games a year and it is difficult to stay on the same level,” he added. “The only thing that can be done, in these cases, is to take it professionally, respectfully and work harder to turn it around.”