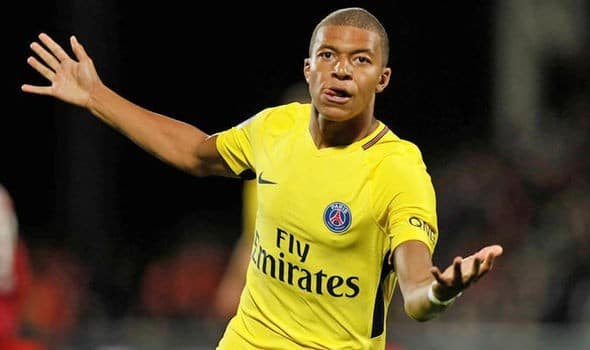 Kylian Mbappe has maintained that he has no plan to leave Paris Saint-Germain this summer following his impressive showing at the World Cup.

Mbappe became the first teenager to score in the final of the competition since Pele in 1958 when bagging the last of France's goals in their 4-2 thrashing of Croatia.

That took the 19-year-old's tally to four goals in seven matches during Les Blues' successful campaign in Russia, although it was not enough to stop Luka Modric from claiming the Golden Ball award.

There have been reports that PSG would have to offload the teenage sensation to one of Real Madrid or Manchester City to fulfil Financial Fair Play obligations, but Mbappe wants to remain at the Parc des Princes.

“I will stay with PSG, continuing on my path with them,” the ex-Monaco striker told reporters after the final in Moscow. “I am at the beginning of my career.

“Scoring in a final is always unique. I have worked hard to reach moments like this, but this isn't the end, we must continue. I have the ambition to go further.

“I'm prepared for this kind of thing but then you have to prove it on the pitch. International football generates a lot of pressure, but if you are sure of yourself and surrounded by great players, you can do things like this.”

Mbappe is said to have cost PSG £120m to sign from Monaco, which makes him the second most expensive player in the world behind clubmate Neymar.