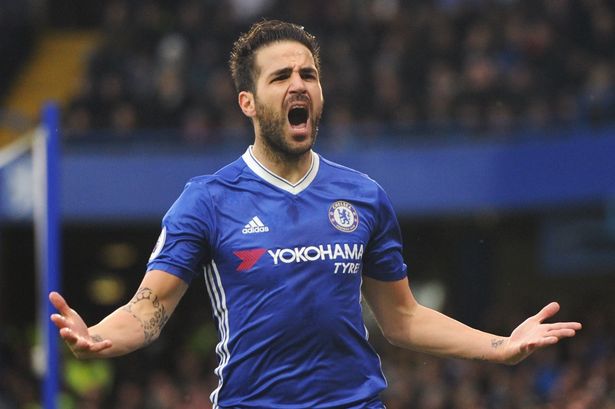 AC Milan and Inter are now been joined by Sevilla in the likely transfer scrap over Cesc Fabregas.

The Chelsea midfielder will see his current contract expire at the end of the season, which of course has raised question marks over his future in west London with no direct public suggestion a renewal is in the works.

According to The Sun, both Milan clubs have been paired with making a move which is a potential cut-price deal in January so the Blues avoid losing him for nothing or indeed on a free transfer when his contract expires next summer.

However, Calciomercato says Sevilla are also now keen on Fabregas, and so it remains to be seen whether or not a return to Spain is more appealing than a new challenge in Italy.

Although there is of course still time for the 31-year-old to sign a new contract with Chelsea, the fact that Maurizio Sarri signed Jorginho and Mateo Kovacic this past summer, the latter on loan, coupled with the likes of N’Golo Kante as well as Ross Barkley who have featured notably so far this season, it remains to be seen where Fabregas fits in the pecking order.

Injury has kept the experienced midfield ace out of the start of the Premier League campaign, but as Fabregas continues his recuperation, the months ahead could give a better indication as to whether or not he has a role to play for Sarri. If it’s the latter, then Milan, Inter and Sevilla are apparently all in position to make their move.

FIFA to Reduce Number of Players Who Can Be Loaned out

Ronaldo Hospitalized In Ibiza With Pneumonia