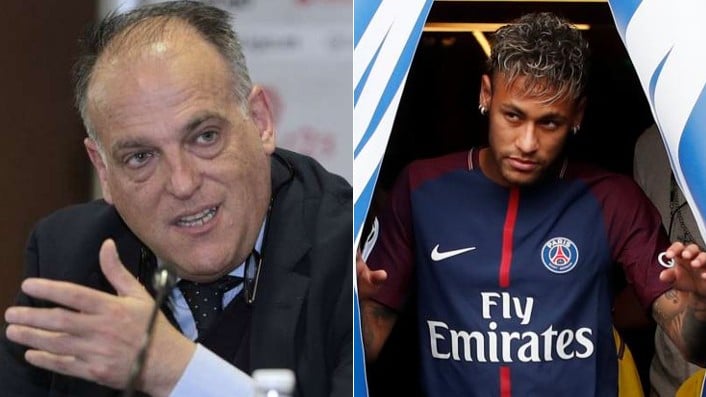 President of the Spanish Football League Javier Tebas has put the cover back on the quality of his league despite the departures of his stars such as Neymar.

During an interview with Marca on Saturday, the 57-year-old strongly defended the quality of his championship which he does not fear devalued despite the departure of stars like the Brazilian striker in 2017 for PSG, and Cristiano Ronaldo, from Real to Juventus the following year, while that of Lionel Messi is emerging for next summer.

Not to mention the rumors around Sergio Ramos, the captain and defender of Real.

“Cristiano Ronaldo is gone, I assure you we haven’t noticed anything. Serie A has not observed an improvement, judges Javier Tebas.

“Neymar left for PSG and Ligue 1 is still the same. Spanish football, with the La Liga brand and the clubs we have, is above player names, even if they are good.”

Tebas still concedes that he would prefer that the great footballers do not leave La Liga, but, he assures us, “no one is essential.”

SEE ALSO | What It Will Really Take For Man Utd To Sack Solskjaer?

The most important thing for him is to have serious clubs and to avoid corruption and financial problems.