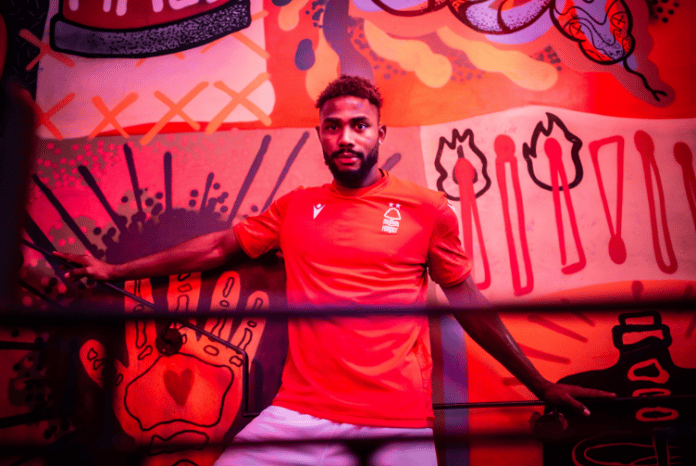 According to Nottingham Forest news, the striker picked up a minor injury in training and subsequently ruled him out of Nigeria's recent friendly against Algeria in Oran.

Similarly, Wilfred Ndidi also missed that particular friendly as a precaution after feeling some discomfort upon arrival in Constantine, Algeria.

Both Forest and Leicester have started the season poorly and will be meeting for the first East Midlands derby of the 2022/23 season.

The Foxes welcome Steve Cooper’s side to the King Power Stadium and the former Watford forward may miss the encounter.

The Reds already have Moussa Niakhate, Orel Malanga and Omar Richards out, but now face the possibility of being without Morgan Gibbs-White and Scott McKenna as well.

“Dennis is injured, he is not fully fit and rather than aggravate the injury, he was left out of the squad,” Eagles spokesman Babafemi Raji was quoted as saying by Score Nigeria.

Midfielder Wilfred Ndidi has reportedly suffered only a minor hamstring tear, which means the Nigerian isn't far from a return.

Ndidi pulled out of the Nigeria squad last week with injury, returning to the UK. But after assessment, it is possible he could be available to feature against Nottingham Forest next Monday.

Nigeria coach Jose Peseiro went on to explain that City’s fitness team had passed on a message to the Super Eagles to say that Ndidi had complained of a hamstring tweak following the club’s 6-2 defeat to Tottenham prior to the international break. After Ndidi featured in light training with his country, it was decided it was best not to risk him.