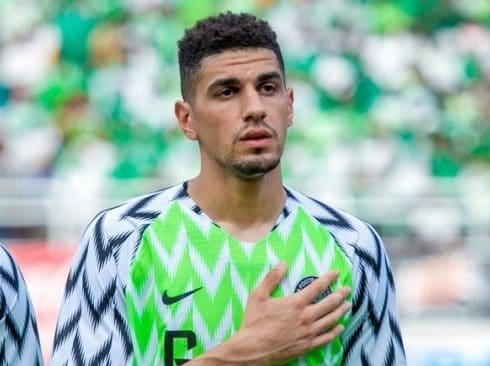 Glasgow Rangers defender Leon Balogun has said that missing out on the 2022 FIFA World Cup with Nigeria is the darkest moment in his career.

The German-born Nigerian made his international debut for Nigeria in 2014 and has been one of Nigeria’s two starting defenders for six of the eight years he has been a Super Eagle, alongside William Troost-Ekong. In that time, he has been bronze medallist at the African Cup of Nations and has been to the World Cup with Nigeria.

His presence at the back has also helped Nigeria become stronger defensively. However, he and his teammates failed when Nigerians needed them to succeed the most, after they conceded the World Cup ticket to Ghana in Abuja on Tuesday.

The reactions to the Super Eagles missing out on the global showpiece have continued to pour in from all across the tournament, and Balogun has put out a statement.

The defender, in an emotional statement, thanked the fans for their support, while calling for unity and continued support for the Super Eagles despite their latest setback.

Balogun’s message, posted to his Instagram, read: “Thank you to all my fellow Nigerians,” he began. “For the support you've shown us from afar, in front of your TVs, in Kumasi, but especially in Abuja. In my eight years as a Super Eagle I have never seen so many hopeful and joyful faces supporting us, pushing us on relentlessly to reach our common goal and it was both incredibly touching and overwhelming.

“Everybody tried, everybody wanted to qualify so bad and play at the World Cup 2022 for the first, for another or one last time.

“The harder it is to accept that our best, individually as well as collectively, wasn't good enough to make that happen – even moreso given the rivalry. I will probably always remember this painful exit as my darkest hour with the national team.

“As players we understand how much of an impact football can have on the mood of the nation – therefore we share your disappointment, frustration and pain. Please let's not allow emotions of what is out of our control now, to get in the way of what there is to achieve in the future.

“Players and coaches will come and go, but remember, you and your support will always be needed as a vital part of the Super Eagles.

“Abeg Naija no vex [don't be angry], may we move forward in Unity – The Super Eagles of Nigeria go soar again.”

The defender was also captured in the dressing room of the Black Stars of Ghana congratulating them for making it to the World Cup, in a class act that showed great sportsmanship.

Balogun, alongside national and club teammates Joe Aribo and Calvin Bassey – who had a starting debut to forget – are now back in Scotland to prepare for the Old Firm derby against Celtic. The three Nigerians will be hoping to put aside the disappointment of Tuesday by capturing the top spot from Celtic and holding on to it to finish as the Scottish Premiership Champions.

They will then travel to Portugal on Thursday to face Sporting Braga in an attempt to make headway in the UEFA Europa League.