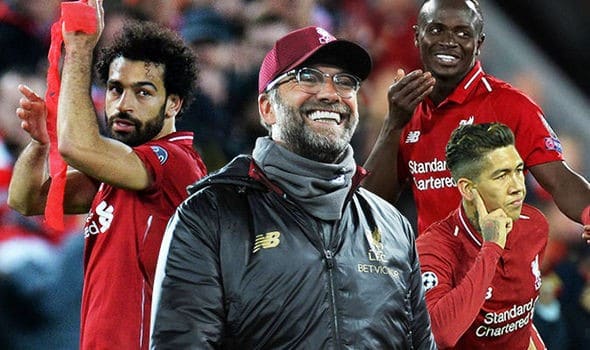 Jurgen Klopp, who arrived at Liverpool in October 2015, replacing Brendan Rodgers in the Anfield dugout, has named Trent Alexander-Arnold as his best ever Merseyside signing, despite the youngster already being at the club when he was appointed manager.

The 21-year-old has saved the Premier League leaders millions in transfer fees and for that reason Klopp believes he is his best ever signing, a question he was asked by Guillem Balague.

“We didn’t have to buy him but Pep Lijnders my assistant brought him around and said: ‘He played No.6 [role] for me. He played full-back, he played right wing, left-wing’.

“Then he came and there was only one problem: Trent was not fit enough.

“But he was a kid so he was not fit enough but we saw immediately, wow, football wise no doubts.

“But [he was] not fit enough so we had to work on that. But then he made steps by himself that were really unbelievable and that was really nice to see.

“Then he made mistakes and didn’t give up.”

But according to Jamie Carragher, Sadio Mane is perhaps Klopp's best ever signing at Anfield.

“But, if you think about signings in the Jurgen Klopp era, I think he might be No 1,” Carragher said on Sky Sports.