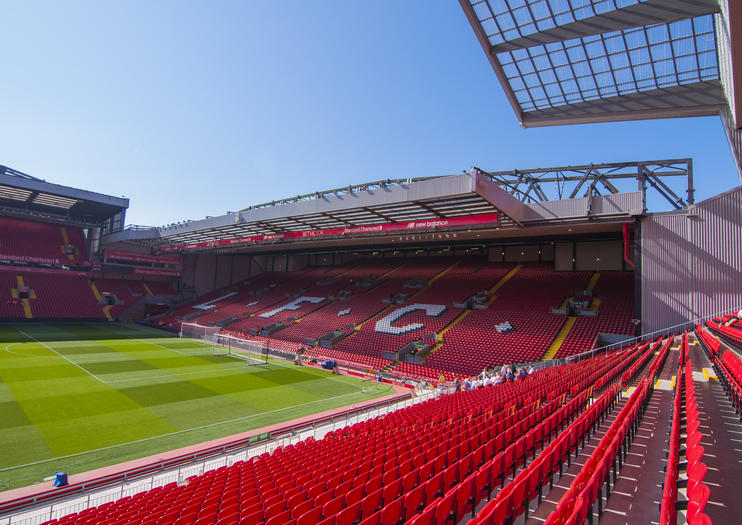 Liverpool are proposing plans to expand Anfield’s capacity to over 60,000 after scrapping their existing development plans for their historic home.

The Reds intend to redevelop the Anfield Road End stand as part of their upgrade.

They already had planning approval for an additional 4,000 seats to the stand, but that is due to expire next month.

Now The Echo states owners Fenway Sports Group are going to allow that to lapse and instead focus on pushing ahead with an “ambitious new” application for a bigger scheme.

Anfield’s main stand has already had £110m spent on it by FSG after the addition 9,000 extra seats.

But demand for tickets to watch Jurgen Klopp’s Premier League side is much greater than the current 54,074 capacity.

Plans are still yet to be concluded, but it is reported the new scheme would see the capacity increased to over 60,000.