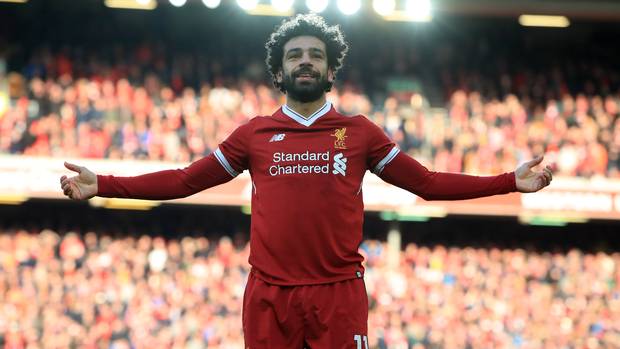 Liverpool star Mohamed Salah left fans terrified as he appeared to transfer his skills to a new surface – water.

The Reds forward got his season started in style with a goal and assist against Norwich.

Salah is aiming to improve on his 27 goals and 13 assists in all competitions from last year.

And footage has emerged which shows the Egyptian taking his game to a new level.

In the clip, the forward is at a lake.

He smiles to the camera before kicking a ball high in the air.

It lands in the water, though, making it very difficult to get rid of.

Salah, though, has a different idea.

Putting the camera down on the floor, the 27-year-old suddenly sprints towards the water.

And his pace takes him across the surface, accelerating away from the camera.

The camera suddenly falls over – but Salah is back in double-quick time with the ball.

A separate clip also shows the forward sprinting across the water.

This footage was shared on the Egyptian’s Instagram channel this morning, where it has been viewed more than 700,000 times.

And fans were left stunned at the Liverpool star’s pace.

Another commented: “He really is a god.”

While a third added: “Jesus walked on it, Salah ran on it.”

But all is not as it seems – Salah was promoting Adidas’ new X19 football boots.

According to the sports clothing brand, the boot is “designed to accentuate speed and help you leave opponents in the dust.” Salah is expected to wear the boots in Liverpool’s clash against Arsenal this weekend.