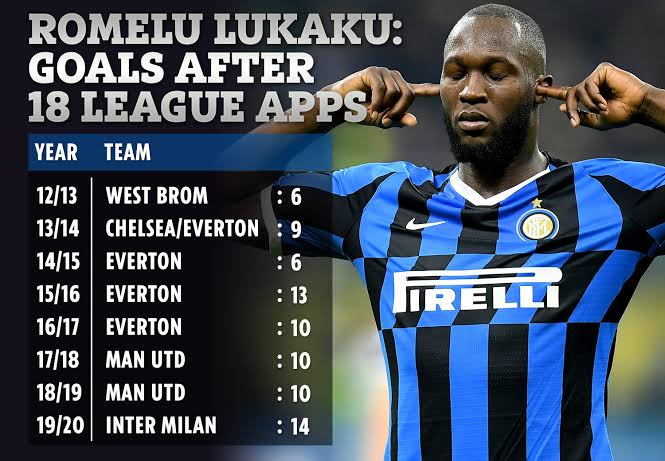 The 26-year-old joined Inter Milan from Manchester United last summer in a deal worth £73million.

And the pressure on Lukaku was immense as he arrived to replace Paris Saint-Germain-bound Mauro Icardi.

But despite suffering racial abuse since moving to the San Siro, Lukaku has taken Inter – and his own goal record – to a whole new level.

Lukaku’s brace against Napoli means he has so far netted 14 times in Serie A this season, helping to put his side top of the table on goal difference ahead of Juventus.

It’s the most amount of goals he’s ever scored in his career after 18 league matches.

And the Belgian now looks on course to surpass his best-ever return of 25 goals in a league season, which occurred during the 16/17 campaign with Everton.

Doubters who dismissed the new Inter fan favourite as an expensive flop before he’d even kicked a ball for Inter have certainly been made to eat humble pie.

And new boss Antonio Conte believes Lukaku can get even better as Inter go in search of a first Serie A title win since 2010.