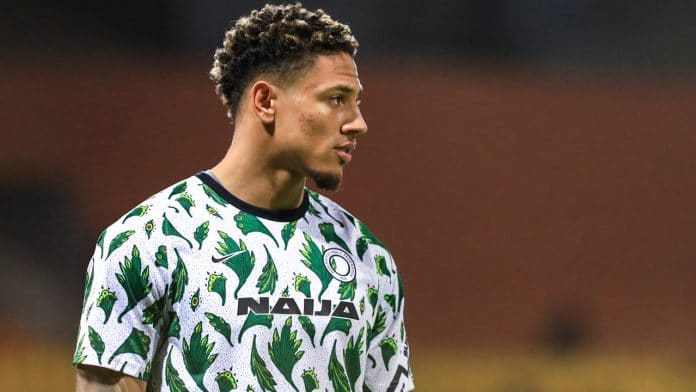 Maduka Okoye has linked up with Watford after his seven-month loan at Sparta Rotterdam in the 2021/22 season.

The Nigerian number 1 was signed by the Hornets in November 2021 from the Eredivisie club for €6 million and was loaned back to the club for the rest of the season.

He was the first choice between the sticks for the Rotterdamers and following his absence from the squad in January due to international duties, they fell into a relegation battle. The 23-year-old was instrumental as they battled to stay up and was sent off like a hero.

He has now linked up with his new teammates for the first time after taking some time off for holidays and to recover from a shoulder injury with which he played the last few games of the Eredivisie season to help Sparta stay up.

Speaking with the club's media ahead of his new challenge in the Sky Bet Championship, Okoye said it was his dream to play in England and that he is looking forward to helping the club secure promotion back to the Premier League after they were relegated in the 2021/22 season.

“I think in every player’s head is going back up to the Premier League. It’s important to have ambition,” he began. “On a personal level, I just want to help fulfil that ambition for the other players and the club.

The more playing time the better, but most of all I want to see myself grow as a person and a goalkeeper. If I can get playing time and improve then that is fantastic.”

“I grew up watching English football and it was always a dream to play in this country,” the German-born goalkeeper continued. “It does still feel like it’s a bit of a dream even now, so I need a few weeks of being around the training ground to remind me that I’m here now and I’ve made the step to English football.

“As a kid, it was English football I wanted to play in and now I’m going to put the work in to make that happen.”

The former Fortuna Dusseldorf goalkeeper also stated how he has been preparing for the new challenge in England. “Yes, I saw almost every Watford game, trying to watch as much video footage as possible,” Okoye added. “It was important for me to try and connect with the team even though I hadn’t arrived.

“I did also come over here for a little bit of treatment on a small shoulder problem towards the end of last season. The club did a fantastic job and I was able to meet a few people.”

He also spoke about his goalkeeping hero. “Dida!” he said. “I don’t even need to think about that answer.”

“When I was young I always wanted to be him. I loved AC Milan back then and he was a legend, a real beast in goal. People did call me the ‘young version of Dida’, which I liked.”