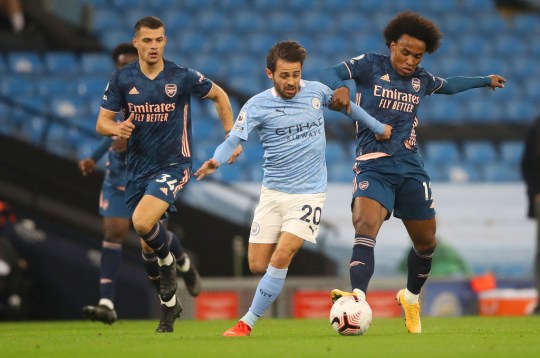 Arsenal forward Willian was used in a central role as part of a front three against Manchester City by manager Mikel Arteta.

The Gunners boss has however explained his decision to play the Brazilian in a central role with strikers Alexandre Lacazette and Eddie Nketiah benched.

City walked away from the tie with all three points thanks to a Raheem Sterling goal but Arteta was happy with his team's performance and Willian's display in the centre of a front three.

Speaking after the game to Sky Sports, Arteta said: “It was part of the game plan [to play Willian central], the situation we wanted to use. We wanted to create, and I think it was a good match for him.”

He added: “I am upset as I feel we deserved more. I am extremely happy with the performance though, which we put in against a top team.

“I cannot demand more from players apart from we had three chances and had to score. Every goal the opponent scores there is something we can do better, we cannot change that.

“We know everything has to be perfect in both boxes to beat Manchester City.”