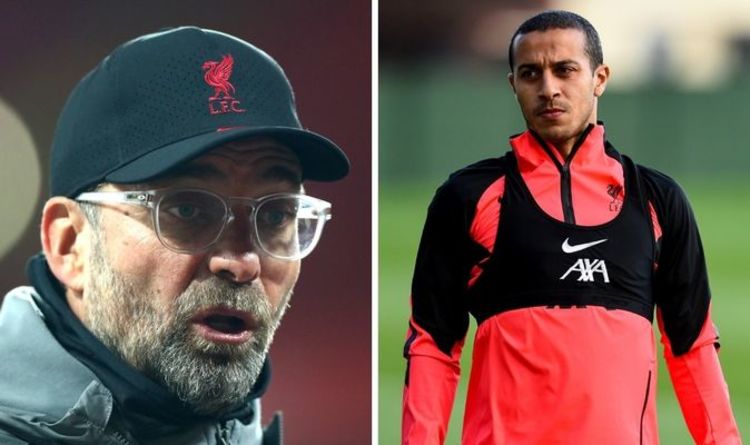 Thiago Alcantara has been ruled out of Liverpool's clash with Manchester City on Sunday.

The former Bayern Munich star has not played since the 2-2 draw with Everton on October 17.

Thiago was initially taken for a scan alongside team-mate Virgil van Dijk and while the club were hopeful the lay-off would not be a significant one following the results, the Reds midfielder absence goes on.

The 29-year-old will now sit out Sunday's visit to Manchester City where the Premier League leaders will look to go eight points clear of their rivals and maintain the place at the top.

Thiago will remain on Merseyside to continue working on his fitness ahead of the game at home against Brendan Rodgers's Leicester on November 21.

Klopp said: “Thiago is probably not ready to return.

“Maybe it was not 100 per cent clear with what I said. No was surgery needed but it was still an injury.

“A player can make big improvements one day to next when he has no problems any more then he can train and that is not the case so far.

“He is not available for Sunday and that's it.”