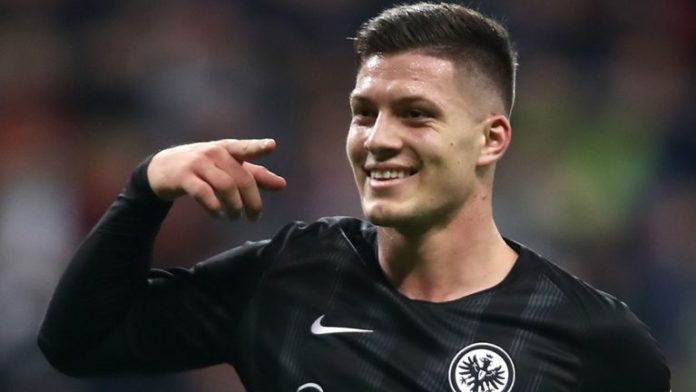 Manchester City will have to pay around £40million to sign Frankfurt striker Luka Jovic this summer, that's according to Metro.co.uk.

Jovic is on a two-year loan in Germany from Benfica but Frankfurt are ready to trigger an option to make the move a permanent one for a fee of just £5.3million.

Pep Guardiola is keen to alleviate some of the pressure on Sergio Aguero by signing a back-up forward but City have been put off by Frankfurt's £40m valuation of the 21-year-old Serbian.

A long-term replacement for Fernandinho is a priority for Guardiola this summer.

The club have failed in their last two bids for a central midfielder with Jorginho and Frenkie De Jong choosing Chelsea and Barcelona respectively.

Guardiola still has around £60m left over from last summer's budget after their failure to sign Jorginho and will be handed significant funds again at the end of the season.

Benjamin Mendy's ongoing fitness issues have been an area of concern throughout the season and could force City into the market for another left-back.