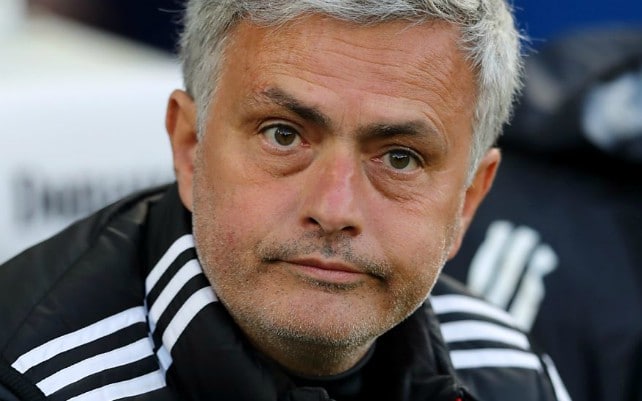 Jose Mourinho is satisfied that an FA charge against him was thrown out and insisted he was ‘100% not guilty'.

Mourinho was charged for using ‘abusive, insulting or improper language' in Portuguese after the dramatic victory over Newcastle but that was ‘found not proven' by an independent commission.

The Manchester United boss avoided a touchline ban and SportsmEditail understands the FA are surprised by the verdict. They will wait for written reasons to be published next week before deciding whether to lodge an appeal.

The United manager was furious at the charge – the first of its kind in English football – after allegedly mouthing obscenities into a camera as he strode towards the Old Trafford tunnel.

It was alleged he said ‘fodas filhos de puta' – ‘f–k off sons of b—s' – in his native Portuguese after United's 3-2 victory over Newcastle on October 6.

Man Utd feel vindicated by the outcome after their legal department strongly contested the charge, compiling a strong defence to secure a rare victory over the FA.

The governing body, who employed a lip reader to decipher Mourinho's remarks, have not lost many of these cases in the past.