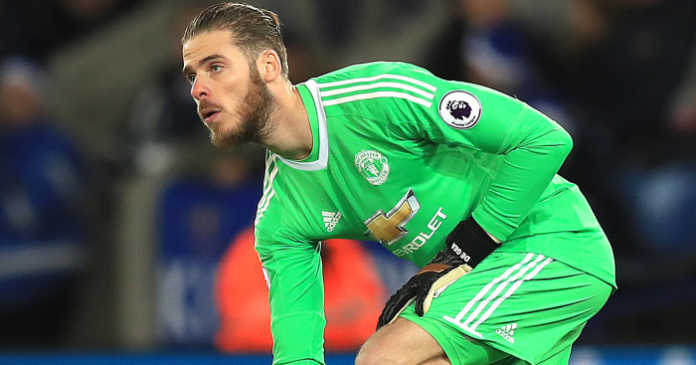 Man Utd allowed four goalkeepers to leave in the summer and the rawness of their options at U23 level has led them to consider signing someone.

Manchester United are considering signing up a new goalkeeper to provide competition at Under-23 level.

United have allowed four academy goalkeepers Dean Henderson, Joel Pereira, and Kieran O'Hara to leave on season-long loans but that has left them short of a more experienced option in the second string.

According to MEN, United are on the lookout for a ‘keeper to provide competition for Eastern European duo Matej Kovar and Alex Fojticek, both aged 18. Czech Republic goalkeeper Kovar has started three of the U23s' five games while Slovakian Fojticek has made the bench on three occasions.

Sergio Romero started in United's win over Stoke last August as he regained fitness from a long-term injury and, although 35-year-old signee Lee Grant is available, manager Jose Mourinho only tends to allow first-team squad members to drop down to the second string when they are recovering from an injury.

Kovar joined United on deadline day in January and trained with the first-team towards the end of last season. The teenager was involved in the matchday preparations against Leicester and Brighton in August, while Fojticek arrived at United in August 2016.

United earlier strengthened their reserve squad with Andy Kellett and Sadiq el Fitouri in 2015. United academy goalkeeping coach Alan Fettis once had to be named on the bench in the absence and United will look to shun a similar situation this season after allowing four ‘keepers to leave. The club sold Sam Johnstone in the summer and released his brother Max Johnstone, Ilias Moutha-Sebtaoui and Theo Richardson.

Henderson, 21, enjoyed a brilliant season with League One Shrewsbury the last term and is now with Sheffield United in the Championship. The England Under-21 international penned a new two-year United deal in the summer.

The Portuguese Pereira, 22, made his full United debut 16 months ago and has gone back to Portugal for a spell with Vitoria Setubal in the Primeira Liga. Republic of Ireland goalie O'Hara, also 22, headed to League Two Macclesfield last month and made three saves in their League Cup penalty shootout win over Walsall to set up a third round tie at West Ham this September.

Both Pereira and O'Hara have accomplished U21 honors with their nations.