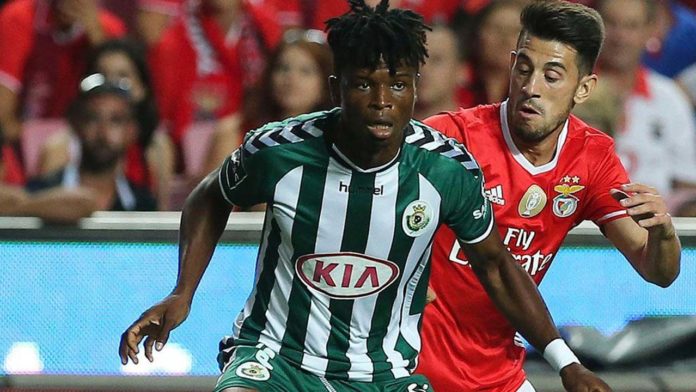 Mikel Agu has disclosed that he is ending his eight years stay with FC Porto after talks with coach Sergio Conceicao left him with no choice than a long stay on the bench.

Speaking with Completesportsnigeria.com, the 25year old said he left the team’s camp after the manager made it clear that he would not be in the team for the upcoming season.

“I left the team’s camp after I discussed with the coach and he told me that he doesn't have me in his plan for playing time.”

Asked about his future, Agu said he cannot afford to sit on the bench or endure another loan spell.

“I want a home. Now I have a family so I want to put down roots in one place. Moving from one country to another is not good for my son too.

“Different languages and cultures in different countries will not help him now that he’s this young. He needs stability,” Agu told CSN on Monday.

The combative midfielder, who was a last-minute omission from the Super Eagles 2018 World Cup squad, said a genuine concern for his international future is also a part of the reason why he is leaving Porto.

“I also need a place where I will play week in and out to help improve my game and also my chances of getting back into the Super Eagles. Sitting on the bench at Porto will not help that,” he said.

With this stalemate, Agu feels the ball is in Porto’s court to decide the amount they’re willing to sell him. His current contract runs until 2021.