It’s no longer news that the victorious Super Falcons touched down yesterday evening at the Nnamdi Azikiwe's Airport as the renowned 9th CAF AWCON title holder.

Former African player of the year Asisat Oshoala spoke with journalists at the airport. 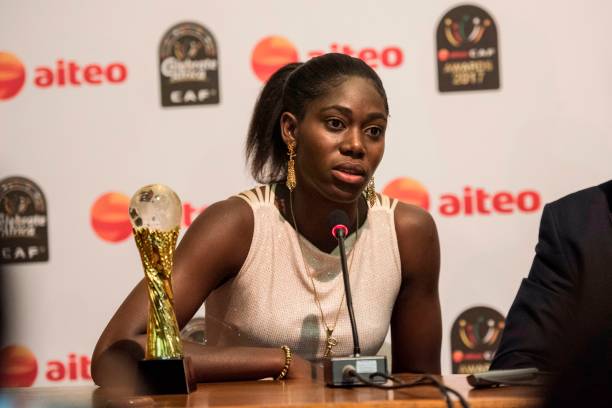 “It was very good, interestingly we came out successful, we retained our trophy which was our primary aims and we are going for the 2019 World Cup obviously as a team.

“It was tough, it wasn't easy but we eventually pulled through as a team to retain the trophy.

“Rating African football in the women's category, I would say a lot has changed presently, there is more competitive play than in the past.

“You could actually see during the tournament teams who were years back as the underdogs, came out impressively good this time around to battle for a slot in the 2019 World Cup, which shows you Africa women football is developing greatly.

“Concerning my flaws at the tournament, it was not my wish to miss the penalty, I will say this as a professional, this is football for you, it happens in one's career, I wasn't fixed and programmed like a machine not to make mistakes, I am human like everyone else, even top shots like Messi, Ronaldo misses target sometimes, all that was needed to be done at that time, was to encourage my teammates to fight to the end, that's team spirit and bond shared between us.”