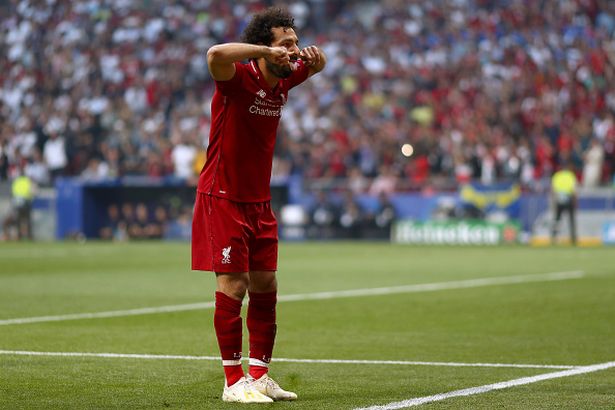 Liverpool striker Mohamed Salah scored the opening goal of the 2019 Champions League final against Tottenham and has explained his goal celebration almost one year after the famous win in Madrid.

The forward scored from the spot in the opening minutes as the Reds beat Spurs 2-0 at the Wanda Metropolitano stadium in the Spanish capital.

Salah ran towards the stands, twisted his fingers in front of his face before placing one on each side of his nose to make it look like he was holding his breath.

Liverpool fans in the stadium were probably too busy celebrating themselves to notice the Egyptian doing it on the night.

But the attacker has now explained that his daughter was behind the creative goal celebration.

In an interview with a group of children online, Salah took questions while sat alongside his daughter, Makka.

The conversation was spoken in Arabic, where the Liverpool man told the kids that his famous celebration wasn't down to him at all.

Both Salah and Makka then proceeded to do the celebration on the camera.