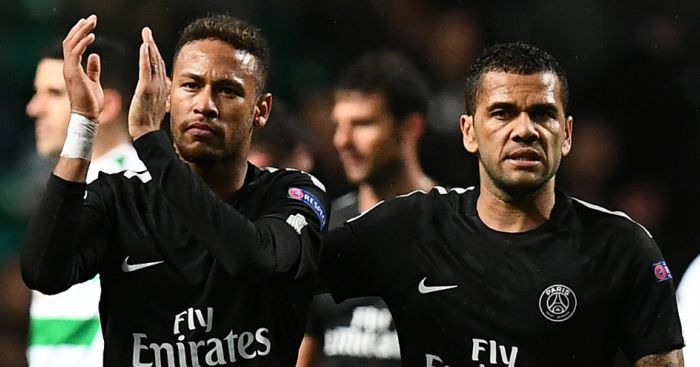 Dani Alves has sent a warning to his Brazillian team-mate Neymar by recommending he must stop acting like a child if he is to be respected around the world.

According to Dailymail.co.uk, the public criticism aimed at Neymar by the experienced defender comes is surprising as the duo are close friends having played together at Barcelona and Paris Saint-Germain as well as for Brazil.

But Alves, who is the captain of Brazil having taken over from Neymar after he was stripped of the armband in May, did not hold back when he was talking about the superstar's personality and behaviour.

Speaking to Brazil's SporTV Grance Circulom, Alves said: ‘At times, in order not to generate a certain type of sensibility, he retracts.

‘Neymar is a very sensitive person. Neymar is very affected by many things, and at times many of those are unjust. Neymar has the sensibility of a child.

‘But Ney is not a child, no. He is a man. People have to start learning to respect Neymar.

‘The Ney of the Brazilian team people don't respect. People only respect you when you position yourself.

‘Ney has already won in football so he can talk and say what he wants. There are a lot that keeps talking, commentating and hasn't won anything.

‘That is why I value that he [would] position himself because when they say something that is not right about you whether it's [Walter] Casagrande or someone else, you have to stand up for yourself.'