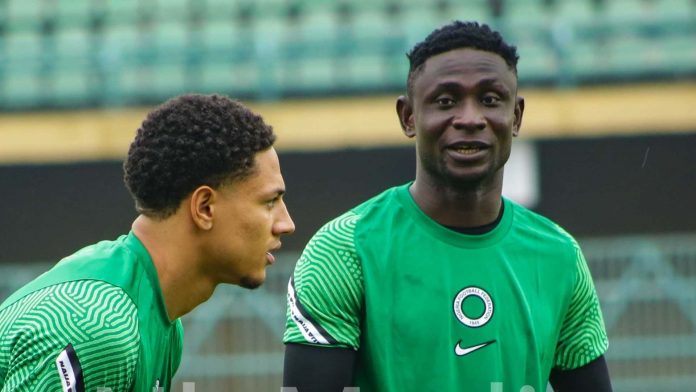 The goalkeeper has been demanding the payment of his $25,000 AFCON 2022 bonus for a while now in the media and it has forced the football governing body to react to the claims.

NFF’s Director of Media and Communications, Ademola Olajire, as reported by The PUNCH, revealed that banking procedures that delayed the payment had been completed.

“There’s been a long delay as a result of him not having a dollar account, authorizing payment to another person, and glitches over paperwork and CBN processes. I’m told they’ve concluded processing now,” Olajire told The PUNCH.

Meanwhile, reports in the media started circulating that the Enyimba skipper has been blacklisted from future national team engagements but Olajire also refuted those claims, stating they are false.

Noble’s unpaid bonus became a subject of interest in the public after former GOAL Nigeria editor, Shina Oludare, demanded an explanation from the NFF over the matter.

“Two months after 2021 AFCON, @NGSuperEagles players got $25,000 each as bonus. The only NPFL player in the team, John Noble, is yet to get his till date. NFF boss Ibrahim Gusau is aware & not keen to take action. Dear @thenff, Nigerians demand an explanation,” Oludare tweeted.

Oludare went further to fault a claim by Super Eagles captain, Ahmed Musa, that Noble didn’t submit a domiciliary account for his payment.

John Noble was part of the Super Eagles squad to the 2021 AFCON in Cameroon earlier this year where Nigeria crashed out in the round of 16 at the hands of Tunisia.