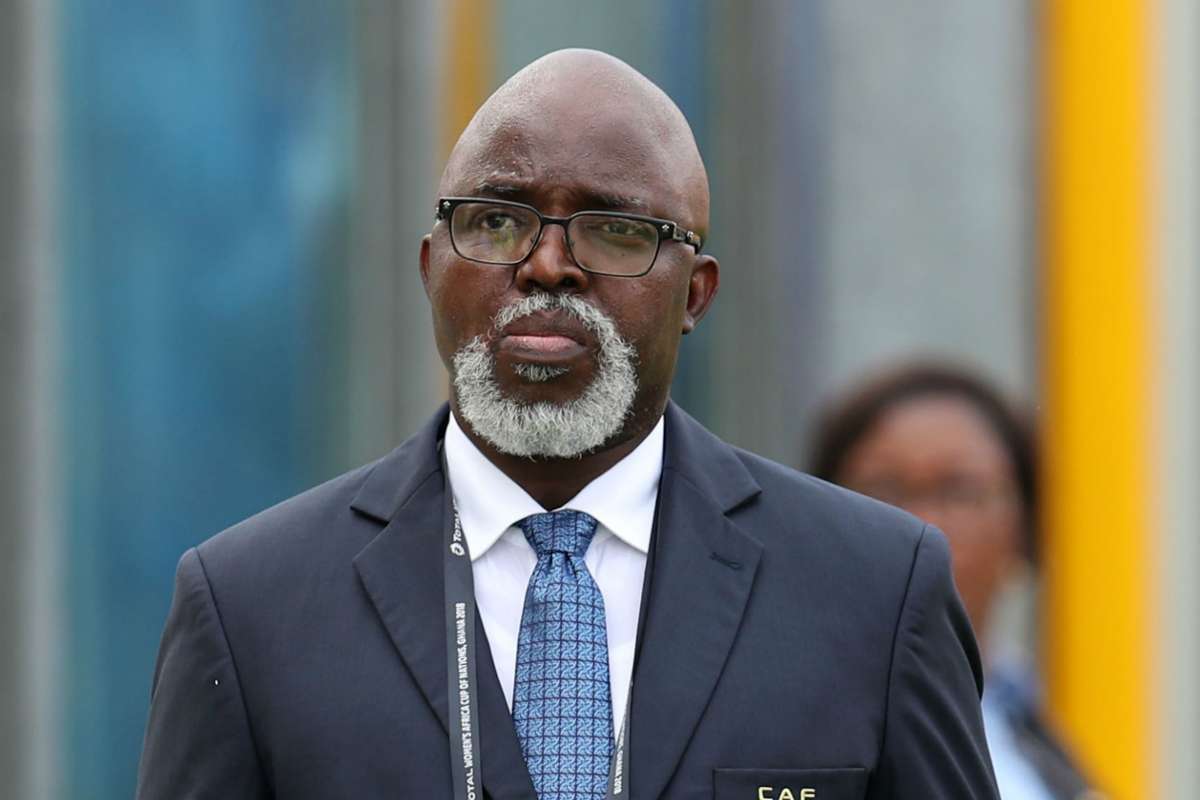 The president of the Nigerian Football Federation (NFF) has announced the date the new manager of the Super Eagles will be revealed.

Pinnick made this announcement following the release of the 30-man shortlist for the friendlies against Ecuador and Mexico in the upcoming international window by caretaker manager Salisu Yusuf and his team. The 30-man list will be shortened at a later date for the 2023 African Cup of Nations qualifiers which begin six days after the friendlies are concluded.

According to inside sources, former Venezuela manager Jose Peseiro was the unanimous decision of the NFF to be appointed as manager but the minister for youth and sports of the Federal Republic of Nigeria, Mr Sunday Dare, is not convinced about the Portuguese manager's portfolio

Mr Dare demanded that every candidate be interviewed again because the federal government, through the ministry, will handle the new manager's salary. Mr Dare is reported to be insistent on the NFF getting the best manager and not just the cheapest one, who Peseiro is.

Nigerians are unhappy about the lateness of the NFF in choosing a new manager and with the international games coming in a few weeks, have increased their calls and criticisms of the NFF.

Pinnick came out to note that what is standing in their way is the new interview demanded by the minister. He stated that the other candidates, Phillip Cocu, Ernesto Valverde and Laurent Blanc will meet with the NFF on Zoom before the decision is made.

And then he announced that the decision will be announced latest Thursday.

“The outcome of the meeting with the minister was very good and cordial,” local media reports. “All the minister wants is fair play and not just Peseiro, he wants us to weigh other options and we will be announcing the new Eagles coach latest by Thursday.

“I don’t know who that will be yet, because we are talking to many of them and we’ve had zoom meetings with them.”

In a bit of good news, Nigeria will finally play host to another international sporting event after the Confederation of African Football (CAF) picked the Godswill Akpabio Stadium, Akwa Ibom to host the final of the CAF Confederations Cup.

The announcement was made on Wednesday for the final which will hold on May 20, with the kickoff time to be decided later by CAF.

The semi-finals of the competition are still on, with Moroccan club  RS Berkane, DR Congo club TP Mazembe, Libyan club Al Ahli Tripoli and South African club Orlando Pirates all in contention for a place in the final.

Former Akwa United man and Super Eagles defender Olisah Ndah could return to his former stomping grounds if Orlando Pirates qualify for the final, former Akwa Utd defender, Olisa Ndah will be in contention to play in the stadium he shone again while he plied his trade in the Nigerian Professional Football League.