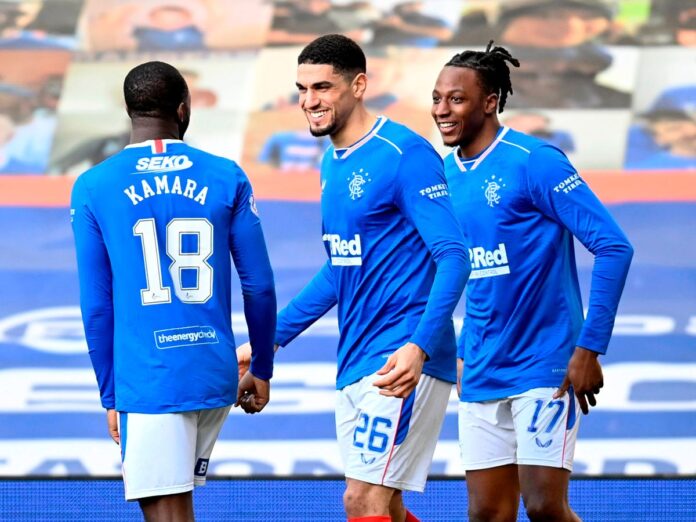 The NFF has allowed Rangers to keep three Nigerian players till they play against Celtic on January 2.

Amid the cancellation of several games in Europe, some clubs want to keep their African players bound for the African Cup of Nations for as long as possible.

There has been pressure on the Confederation of African Football (CAF) to cancel the competition, citing the spread of the new variant of the virus as enough reason. CAF has resisted the pressure insisting that AFCON will go on as planned.

Jurgen Klopp is worried about the match with Chelsea a few days before AFCON kicks off and is waiting for the football federations of Egypt, Senegal and Guinea to know if he could keep the trio of Mohamed Salah, Sadio Mane and Naby Keita for that match.

While Klopp waits, Glasgow Rangers seem to be luckier than their England counterpart as the Nigeria Football Federation has agreed to let the Scottish club keep three Nigerian players that would be at the Nations Cup.

Glasgow Rangers have also been worried about three AFCON bound players in their ranks. Already resigned to losing the trio of Joe Aribo, Leon Balogun, and Calvin Bassey to the tournament, the old firm derby that comes up a few days to the tournament's kick-off is a source of bother for the club.

The Scottish side wants to keep the three players for the match on January 2. Reports have it that the Nigeria Football Federation has given Rangers the go-ahead to delay the arrival of the players to the Super Eagles for the upcoming competition.

Joe Aribo and Leon Balogun (if fit) are guaranteed a place in the Super Eagles squad to the tournament in Cameroon. Calvin Bassey has made a strong case to be in the Super Eagles. With the team in dire need of defensive backup, the foreign-born player could be part of the team. The impressive displays in recent games by Bassey gives Augustine Eguavoen something to ponder.

Getting ready for Cameroon

The Super Eagles would open its training camp after Christmas, but the trio of Aribo, Balogun and Bassey will be absent as they needed in Glasgow for the Old Firm derby on January 2. The match against eternal rivals Celtic comes nine days before the Super Eagles take on Egypt in its first game.

Leon Balogun is recovering from an injury and is currently unsure of the derby and the Super Eagles. Balogun has missed Rangers last seven matches in all competitions and might miss the derby if he does not recover in time.

If Nigeria makes it to the final of AFCON, the three players will miss four Rangers matches, including the league tie against Hearts on February 5.