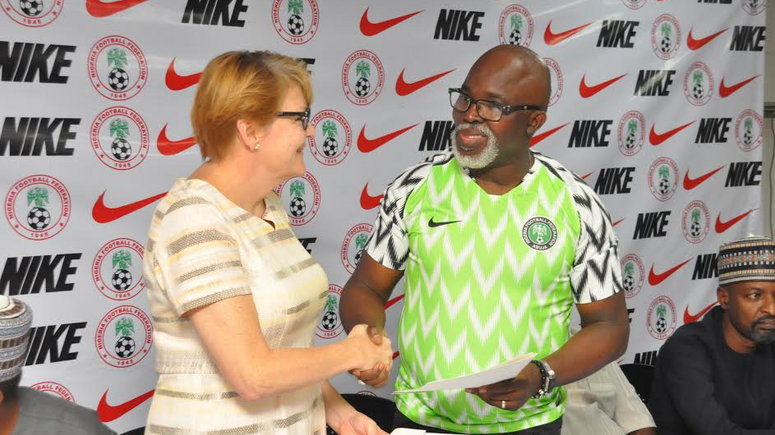 The new Super Eagles kit is in preparation for their 2021 Africa Cup of Nations match-day three home qualifying encounter against Sierra Leone.

The sportswear giants extended their deal in 2018 with the football federation and are eager to design another set of jerseys for the Nigeria senior national team.

Amaju Pinnick, the NFF boss, disclosed that the unveiling of the new jerseys will be held in London and Nigeria after the unveiling in New York, adding that Nike were keen to see three-time African champions qualify for the 2022 World Cup in Qatar.

“Nike will be unveiling our new jerseys,” Pinnick told GoalBall.

“It’s for our World Cup preparation and trust me, it must be celebrated, something out of this world.

‘’These are some of the things we have tried to do out of the pitch.  We try to create excitement, respect for the Nigerian brand.

“Yes, we did not win the (2018) World Cup, but we brought a jersey that stunned the world.

“In football, all these things count. In New York, on February 5, we would be launching the first set of jerseys with other Nike partners.

“Then we proceed to London and lastly, to Nigeria. We are working on that. They (Nike) want us to qualify.”