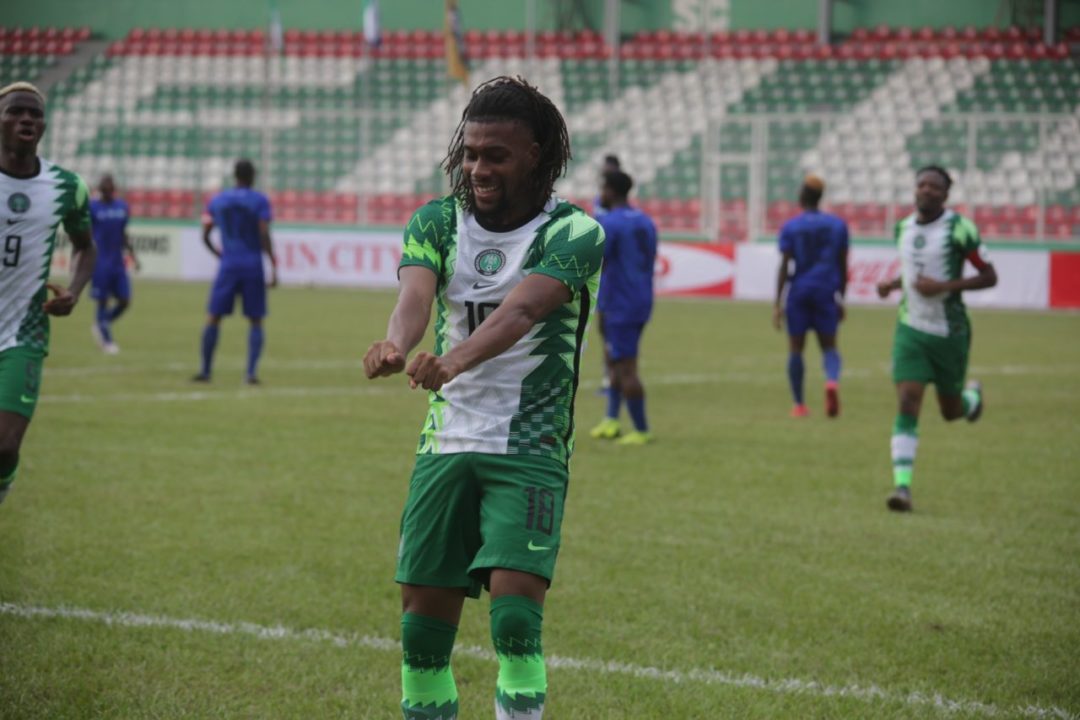 Sierra Leone came from four goals down to draw 4-4 with the Super Eagles in a dramatic AFCON qualifier today at Samuel Ogbemudia Stadium in Benin City.

Gernot Rohr has again shown from this result that he lacks the tactics needed to take the Super Eagles anywhere!

Nigeria led 4-0 after 31 minutes with a brace by Alex Iwobi and further goals by Victor Osimhen and Samuel Chukwueze.

The Leone Stars then began their dramatic comeback when they pulled a goal back two minutes from the break through Quame Quee, when he sprinted clear of the Nigeria defence before slotting past goalkeeper Maduka Okoye.

The visitors stepped up after the interval with substitutes Al-hadji Kamara and Mustapha Bundu combining to score three goals.

Randers of Denmark striker Kamara pulled a goal back for the Leone Stars, when he nodded home a cross from the left in the 71st minute.

In the 73rd minute, Osimhen was forced out of the game after he seriously injured his wrist as he headed for goal.

He was replaced by striker Paul Onuachu with Chidera Ejuke also coming in for goal scorer Chukwueze.

Bundu further reduced the tally against Sierra Leone when he powered home a superb left-footed strike on 79 minutes.

Both teams clash again in Freetown on Tuesday.