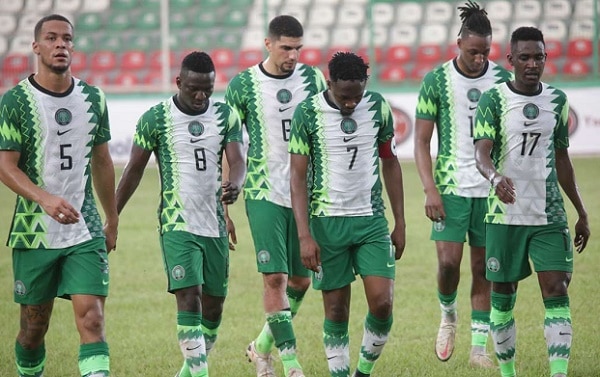 Nigerians are still reeling from the missed opportunity to bag one of Africa’s tickets to the 2022 FIFA World Cup holding in Qatar later this year.

There have been calls from many important figures for fans to calm down, while also calling for change in the structure of Nigerian football. The most prominent calls are for the disbandment of the current Nigerian Football Federation leadership, led by Amaju Melvin Pinnick.

As those calls intensify, the NFF have gotten to work to try to rectify their failures ahead of the 2023 African Cup of Nations qualifiers which begin in June, the next scheduled international break.

Currently, the NFF and the ministry for youth and sports of the Federal Republic of Nigeria are in discussions over the new technical body of the Super Eagles. The ministry prefers a local manager and the NFF prefers another foreign manager, according to reports.

However, sports scientist and former Green Eagles winger Adegoke Adelabu, claims that Nigeria’s football is in shambles and that a manager, foreign or local, will not solve the problems.

Adelabu says that the system needs a proper overhaul for a foreign coach especially to get the needed results for the national team.

“Everything in our football system for now is upside down,” Adelabu told local media on Friday. “Those managing our football think of their personal interest, and not how to develop the game. They don’t care because they are not accountable to anybody.

“What happened to the millions of naira spent on Gernot Rohr, who was in charge as Eagles coach for five years? What is the NFF expecting from the new foreign coach? If other countries can develop their coaches, how come Nigeria can’t develop a world-class coach?”

Adelabu also claimed that the Federal Government and well-meaning Nigerians must decide on how the nation’s football should be managed in order to have a solid base on which any new coach will thrive.

“To allow this present NFF appoint another foreign coach for the Super Eagles won’t work for our football because they are not doing anything to develop the game at the local level. We need a coach who is a capacity builder to build our local players to challenge the overseas players.

“But the system has to be good for such a coach to operate properly. He has to attend our local league matches and discover talents. But greed and self interest by our people won’t allow the coach to succeed,” Adelabu stated.