Day one of the knockout stages of the Africa Cup of Nations concludes with a meeting between Nigeria and Tunisia and we will be building up to the contest in this Nigeria vs Tunisia prediction article.

Our Top Nigeria vs Tunisia prediction

Nigeria have been arguably the most in-form team so far and will head into this weekend's game brimming with confidence due to their 100% record to date and while we expect Tunisia to give them a run for their money, we fancy Nigeria to progress into the last eight.

Nigeria and Tunisia will both be looking to secure a place in the quarterfinals of this year's AFCON when they go toe to toe at the Stade Omnisport Roumde Adjia on Sunday. 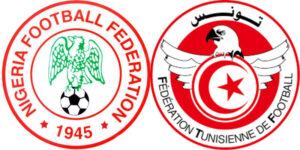 Nigeria made it three wins from as many games with an emphatic 2-0 triumph over the Djurtus of Guinea Bissau on Wednesday.

After wasting numerous gilt-edged chances to break the deadlock in the first half, the Super Eagles upped the ante in the second half and secured all three points thanks to goals from Umar Sadiq and William Troost-Ekong.

Augustine Eguavoen's men are the only team to end the group stages with maximum points off the back of 1-0 and 3-1 victories over Egypt and Sudan respectively.

The West Africans' search for a fourth AFCON title could not have started on a better note and the 2013 champions are certainly one of the favourites to go all the way in Cameroon.

Head coach Eguavoen rang the changes for his side's final Group D outing but we expect him to name his strongest starting lineup for Sunday's game.

Tunisia suffered a narrow 1-0 defeat to Gambia in their final group-stage fixture on Thursday at the Limbe Stadium.

Mondher Kebaier's men squandered a chance to take a first-half lead when Seifeddine Jaziri fluffed his lines from 12 yards and were made to pay in the final minute of added time as Ablie Jallow broke the deadlock.

The Eagles of Carthage finished third in Group F but made it through to the last 16 by being one of the highest-ranked third-placed teams.

As many as 12 players including skipper Wahbi Khazri missed Thursday's contest after recently testing positive for COVID-19 and are all doubtful for Sunday's game.

Mohamed Drager, who was recently cleared to join up with the rest of the team, will be pushing for a start here after having to make do with a second-half cameo last time out.

The Nigeria vs Tunisia odds are as follows:

Nigeria have a slight edge in this fixture as they are unbeaten in the last six meetings and even claimed a 1-0 victory when the teams faced off in the 2019 AFCON.