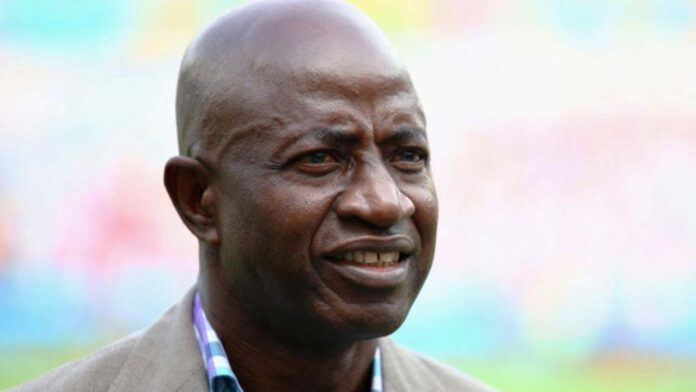 1980 African Cup of Nation winner Segun Odegbami has expressed his displeasure at the possibility of a new foreign coach for the Super Eagles, calling it an “accident waiting to happen”.

The Super Eagles have had four foreigners in the dugout since 2000: Jo Bonfrère, Berti Vogts, Lars Lagerbäck, and most recently Gernot Rohr. None have won any titles with the team, except Gernot Rohr, who took the side to a bronze medal at the 2019 AFCON.

Discussions about a foreign coach are ongoing after the Nigerian Football Federation fired the Super Eagles coaching staff following back-to-back disappointments in the AFCON 2021 and the World Cup qualification campaigns.

The NFF, led by Amaju Pinnick, are in favour of a foreign coach while the Nigerian ministry of youth and sports are in favour of a local manager. Pinnick, after the initial discussions last week, has also revealed that Nigerians will soon find out who their new coach is.

The NFF had previously come to an agreement with ex-Venezuela manager Jose Peseiro just before the AFCON in January but contract disagreements led to the Portuguese and the NFF cutting ties.

Nigerian football legend Odegbami, is worried that the NFF is still considering a foreign coach after the disappointments the country has suffered with foreigners at the helm of affairs. It can be recalled that the last time the Eagles won the Africa Cup of Nations was under home-grown Stephen Keshi in 2013.

Odegbami is fully convinced that the NFF does not have the capacity to appoint a competent foreign manager, believing that it could worsen the state of Nigeria’s football.

“Except there has been a foreign coach in waiting, given the manner the teams’ technical crews were sent packing, this is already an accident-waiting-to-happen,” Odegbami wrote in his column for Complete Sports. “It is a hurried, medicine-after-death prescription.

“Definitely, another foreign coach, so soon after the 6 wasted years of Gernot Rohr that were the foundation of the present poor state of domestic as well as international football in Nigeria, is not a well-thought-out-enough reaction to the present fiasco.

“The issue of another foreign coach at this time is delicate. It will definitely get the full attention of those of us vehemently opposed to going back to that old, tested and failed route – hiring unknown, journey-man coaches without pedigree, or serious credentials, from Europe on the basis of the colour of their skin and the ‘slavery mentality’ that Whites are of superior knowledge and experience, without any evidence in our history that they achieved what Nigerians never did.”