Bukayo Saka of Nigerian descent achieved a ‘dream come true' as he made his full Arsenal debut in Thursday's Europa League win over Qarabag.

Alexandre Lacazette scored the only goal in the 1-0 victory in what was a dead-rubber match with Arsenal already assured of top spot in Group E.

Mesut Ozil also played as Laurent Koscielny made his comeback from an Achilles injury that has kept him sidelined since May.

However, it was the performance of Saka which caught the eye, providing a spark on what was an otherwise forgettable evening in north London.

The 17-year-old forward made his debut off the bench away to Vorskla Poltava last month but was excited to step out at the Emirates Stadium to represent the senior side for the first time. 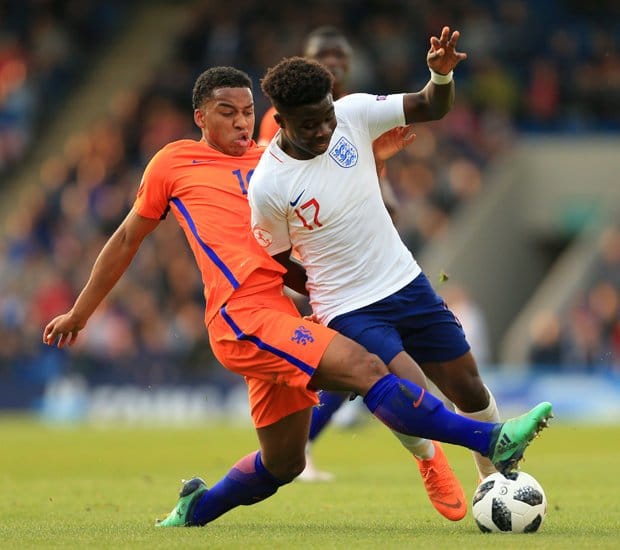 ‘I just focused, and I couldn't stop thinking about today and how I was going to play, and I think it turned out alright.

Born in London, Saka started his career with Arsenal's Hale End Academy. Once he turned 17 years old, Saka was given a professional contract by the Gunners and promoted to the under-23 side.

Saka has represented England at under-16, under-17, under-18 and under-19 level, which means he can still play for the Super Eagles of Nigeria.