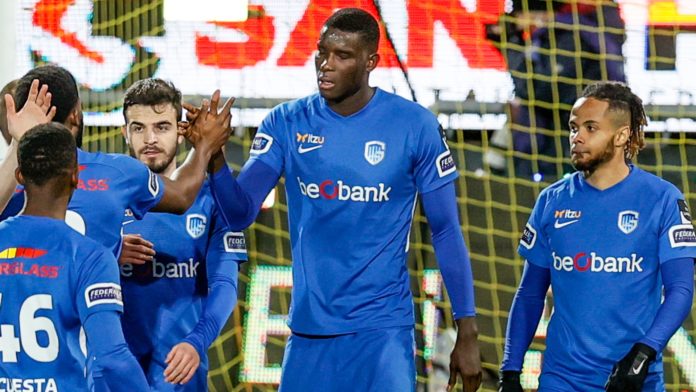 It was quite an eventful evening for Nigeria stars who turned out for their club sides this mid-week.

Leicester City's trio of Ndidi, Iheanacho and uncapped Nigerian, Ademola Lookman played a key role in The Foxes' progression into the fourth round of the Carabao Cup as they rip apart The Lions, Milwall.

Lookman, a loanee from RB Leipzig at Leicester, opened his goal account in a Leicester shirt after pouncing from eight yards to score a Kelechi Iheanacho's 20-yard shot that was parried by keeper George Long.

Iheanacho then sealed the win as he ran on to a ball down the right-wing, cut in and curled home.

For Ndidi, the 24-year old midfielder had a decent outing as always for Rodgers' side, a total of 97 touches, 4 clearances, 7 long balls completed and 5 aerial duels won.

In Belgium, Paul Onuachu's brace weren't enough to help his Genk side avoid defeat at Royal Antwerp. Nonetheless, the 27-year old striker has now scored 5 goals in four consecutive outings for The Smurfs.

Samuel Kalu was the hero for an entertaining Bordeaux side that have produced at least three goals in thirteen matches out of their last fourteen.

The 24-year old Kalu was brought on in the forty-sixth minute, replacing Javairo Dilrosun. It took a superb piece of skill from the Nigerian winger five minutes from time to salvage a draw for Vladimir Petkovic's side.

Bordeaux now sit sixteenth on the log and they host Rennes this weekend.