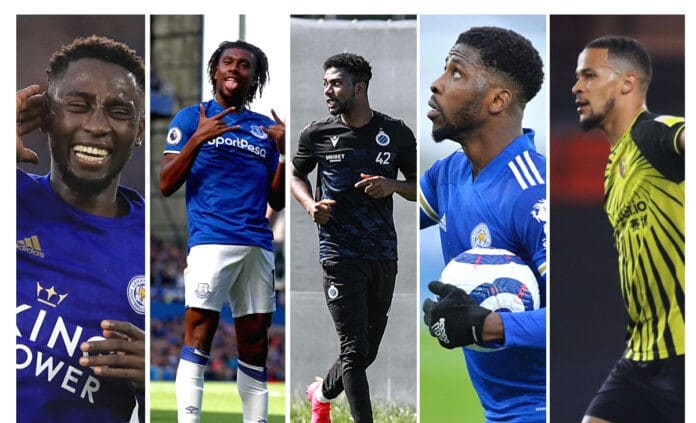 It's another weekend of club football that precedes the second international break of the season and here's a preview of Nigerian stars to watch out for Goalballlive.com reports.

First placed Napoli will travel to face fifth placed Fiorentina on Sunday and Victor Osimhen will hope to consolidate on his red hot form on seeking a continuation of Napoli's unblemished record.

Osimhen, former Lille forward, has notched seven goals on the last five outings for Naples in all competitions but would end up being on the score-sheet against a Fiorentina side that only beaten Napoli once in their last twelve encounters? Time will tell.

Onuachu is the second highest goals scorer in the Belgium Jupiler Pro League with no goals to his name, his side face second placed Eupen this weekend in a battle for the summit of the league.

It's sure going to be a cagey affair but trust the Nigerian vivacious striker to be instrumental for Club Brugge having scored eight goals in the last six matches across the board for The Smurfs.

The former Arsenal man has been urged to up the ante of his gameplay following strings of poor underwhelming performances for The Toffees in the Premier League.

The Nigeria playmaker is yet to open his Premier League account under Rafael Benitez but will relish the chance of ending that run at Old Trafford tomorrow.

Still in the Premier League, the duo of Iheanacho and Ndidi were missing in action as The Foxes bowed to a 1-nil defeat in the hands of Legia Warsaw during the midweek due to two different reasons.

Iheanacho was denied entry to the Polish nation while Ndidi was ruled out due to a suspension.

And the two Super Eagles invitee will likely be back for Brendan Rodgers' side this weekend against Crystal Palace.

For the records, Leicester didn't lose the last match where Iheanacho and Ndidi were in action. In fact, Kelechi Iheanacho came off the bench to register an assist for Jamie Vardy in the Premier League draw against Burnley last weekend.

It's safe to say that the duo will be helpful to Leicester this weekend against The Eagles at Selhurst Park as they seek their first win in a competitive match since September, (apart from the 2-nil win over Millwall in the League Cup).

Interestingly, Brentford's tie against West Ham this weekend will be Onyeka's third London Derby, and The Bees will definitely be looking to stun the Hammers.

The midfielder started for Brentford against Liverpool last time out in a nail-biting tie that finished 3-3.

Brentford are still unbeaten away from home in their debut season and they’ll look to extend the ongoing run at the London Stadium to match a league record.

After a strong start to the Bundesliga season, Awoniyi hasn’t scored in the last three Bundesliga games but he’ll look forward to putting his recent dismal goalscoring record behind him when he faces his old side, Mainz this weekend. All hope isn't lost yet!

August 23, 2022
October 2, 2021
Home Football News Nigerian stars to watch out for this weekend across Europe