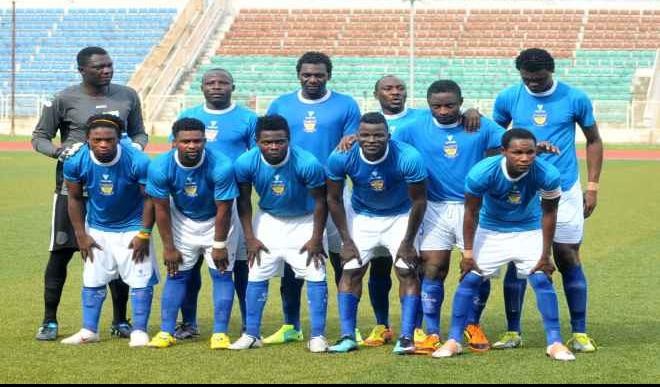 Nigerian National League side, Ekiti United, has witnessed a massive exit of its players according to freekicknaija.com.ng

The Ekiti-based club side finished second in last season's NNL Southern Group B1 with 33 points and played in the Super 8 play offs for the first time in the club's history.

According to some sources close to the club, it was confirmed to feekicknaija.com.ng in Ado-Ekiti that majority of the players who represented Ekiti United last season will not return to the club due to the poor management style of the club.

It was reported that most of the players have complained about the treatment given to them by the handlers of the club.

“Aside from the players dropped a few weeks ago by the management of the team, 90 percent of the retained players may likely not return for obvious reasons,”

“Most of the players complained about their welfare package and how they were shortchanged by the handlers of the team.” One of the sources said.

The source further stated that players complained that a lot of things are wrong with the club because those saddled with the running of the club aren’t doing the needful.

“Some of the players told me most of these people saddled with the responsibility of managing Ekiti United doesn’t have the managerial skills to thinker the club.”

“It was our (players) personal effort and if not for the management's poor handling of the club, they wouldn’t have finished second and also featured at the NNL Super 8 play off in Enugu.

“We only played because of our career and not what the management did for us to get to that stage,” the Source maintained.