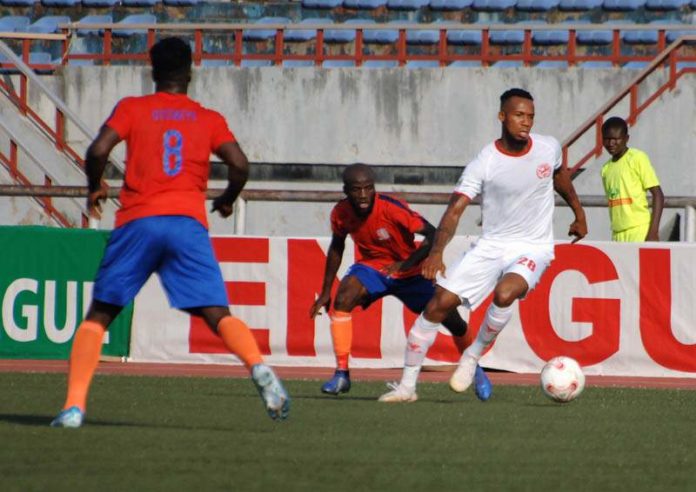 Only the champions Rivers United, Plateau United, who will finish second and relegated MFM have their season settled, others are still battling survival or a continental place finish.

Dethroned champions Akwa United will play host to Imama Amapakabo’s Abia Warriors in Uyo, while Enyimba, who have fallen behind Remo Stars, Enugu Rangers and Kwara United in the race for a third-place finish, will battle Dakkada in Aba.

Relegation battling Katsina United will welcome Plateau United to Katsina as they bid to maintain their status in the NPFL. Similarly, it will be a relegation six-pointer between Niger Tornadoes and Heartland in Kaduna.

Sunshine Stars and high-flying Remo Stars will meet at the Ondo State Sports Complex for the final South West Derby of the season. They have remained unbeaten in the previous and this remains the most important of them all as they need to avoid defeat in order to maintain their hold on the third position.

In Makurdi, Lobi Stars will host Wikki Tourists. A must-win match for the hosts who are hovering around the drop zone. The Ortom boys have managed to do the business at home and will be keen to continue that run against the Elephants on Sunday.

Champions Rivers United will be in Ibadan as guests of Shooting Stars. The home team are in the relegation battle and will require all three points tomorrow to stand a chance of survival. The odds are against but the recent win over second-placed Plateau United and a draw at fifth-placed Rangers should motivate them to get a win.

In Gombe, Enugu Rangers will continue their quest for a continental place finish when they face Gombe United at the Pantami Stadium on Sunday. A win for the Savannah Scorpions will all but seal their spot in the topflight for another season.

There is also a Northern affair battle between Nasarawa United and Kano Pillars in Jos. It is an important game for the two sides and could determine which of them will be going down next weekend.

On the other hand, the quest for who becomes the new goal king in the topflight is also on. It is a two-horse race between Rivers United’s Chijioke Akuneto and Gombe United’s Yusuf Abdulazeez.

With nothing to play for anymore, relegated MFM will travel to Kwara United for the final away game of the season.