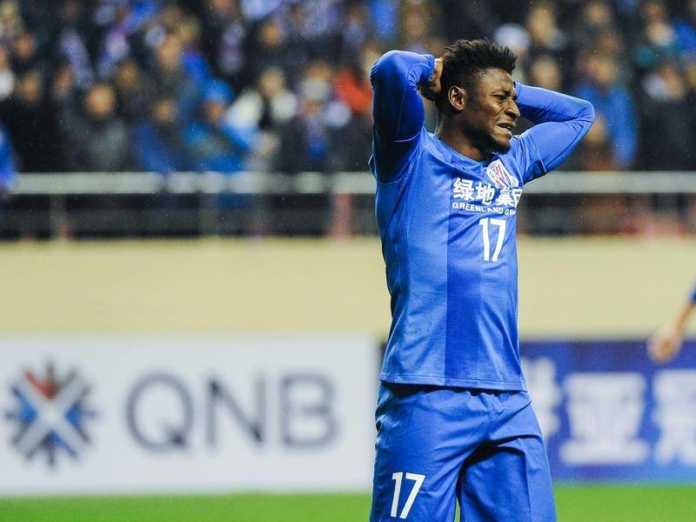 Martins has been frozen out by his Chinese club Shanghai Shenhua since picking up a stern injury in April but was said to have prioritized his injury recovery over signing for a new team.

The Australian intermediary between Shenhua and Phoenix, agent Ante Alilovic, told SBS on Tuesday night that the veteran Nigerian striker would not be coming to the A-League.

“I've spoken with Obafemi and he just wants to continue to rehabilitation from his injury (a badly torn hamstring and quadriceps injury suffered back in April) in the UK for the time being.

“He's told me he wants to hold off until January (to make a decision on his future).

“I don't think the A-League is a serious option in terms of what he can earn elsewhere. He won't be coming to Australia and I think he sees his future remaining in China.”

The Phoenix had received the green light from Football Federation Australia that they would help pay for the 33-year-old's services. FFA categorized Martins as a ‘class B' marquee player, which means they would contribute only a modest sum from the remainder of their AU$3 million (NZ$3.3m) marquee fund should the Phoenix agree to terms with him.

The Phoenix face a vague future, with their A-League license due to run down at the end of the 2019-20 season and hopes of an extension hinging on improved off-field ‘metrics' like attendances and TV ratings.

The Martins talk comes off the back of negotiations breaking down between ex Chelsea star Michael Essien and the Phoenix.

The club is in the market for a marquee player to help boost up both their on and off-field prospects ahead of the forthcoming A-League season.