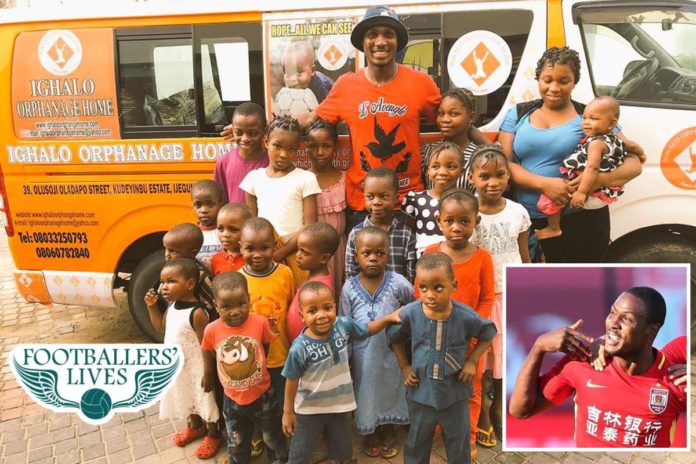 “Life was tough growing up in Ajegunle and I vowed that if I eventually had a breakthrough, I'll give back to the society that made me,” the Super Eagles striker said on the Foundation's website.

“Life's challenges were hard enough even with both parents at my side.

“It goes without saying that orphans have it even worse and it gladdens my heart that life has offered me this rare privilege to be guiding light in their life.”

The orphanage takes babies and pledges to look after them, teaching academic studies and sports.

The logo of the orphanage has Ighalo sliding on his knees and raising his arms to the sky as he celebrates a goal, with the inscription ‘God is able'.

Ighalo had been sending a chunk of his wages back to Nigeria in order to help children, schools and widows living below the poverty line even.

SEE ALSO: Here's All You Need To Know As NPFL Resume After Premature Conclusion

Ighalo is reportedly being sought after by Barcelona as they shop for Munir El Haddadi and Denis Suarez replacement this month.