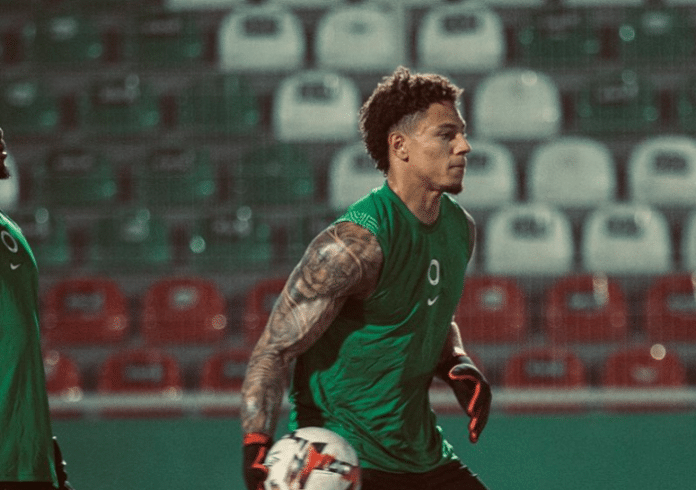 Super Eagles assistant head coach Emmanuel Amunike has confirmed that Sparta Rotterdam goalkeeper Maduka Okoye will start against the Black Stars of Ghana in the first leg of their doubleheader fixture.

Nigeria and Ghana were drawn to face each other in the third round playoffs of the CAF FIFA 2022 World Cup qualifiers for a spot in the global showpiece, holding in Qatar come November-December 2022.

Both West African nations have a strong rivalry that transcends football, but the football side of their rivalry had been low-key for a while. In that period the Black Stars of Ghana saw their stock in African football drop, while Nigeria, whose stock dropped in the early 2010s, began to rise again.

Both teams now have the opportunity to renew their football rivalry as they take on each other for a spot in the Qatar 2022 World Cup. The winner of the two-legged tie to be played in Ghana (or a neutral venue, per latest reports) and Abuja will take one of Africa's five allotted spots come November at the global showpiece.

Both teams are wrapping up preparations with their squad lists already announced and the assistant manager of the Super Eagles, Emmanuel Amunike, has revealed that the team's handlers are leaning towards leaving Maduka Okoye in between the sticks for those fixtures.

Okoye, born in Germany to Nigeria and German parents, officially declared for Nigeria in 2019 and made his international debut in a friendly against Brazil in October 2019. He has, since then, risen from third choice to first choice.

Okoye conceded two goals in that tournament; the second being to Tunisia which was the goal that knocked the Super Eagles out of the tournament in the round of 16.

Nigerian fans gave the 22-year-old grief for conceding that goal but he has since bounced back from that setback to put in strong performances for his club, Sparta Rotterdam, to get people believing in him again.

He looks like a young man at the peak of his powers and many believe that it is a no-brainer for Okoye to be in between the sticks against Ghana as the Super Eagles battle for a place in Qatar.

Speaking on Brila FM about the upcoming double-header fixture against Ghana, Amunike was asked about the possibility of replacing Okoye due to the incident in Cameroon which saw the Super Eagles knocked out of AFCON.

“I’m not a goalkeeper trainer, but we have someone in that department, which is Alloy Agu,” the former Barcelona winger told Brila.

“Regardless, Maduka Okoye is a good goalkeeper and human being, so we can’t because of one mistake dump (him).

“He’s playing for his team (Sparta), and that’s the most important thing.”

The former Fortuna Dusseldorf goalkeeper will be joining English club Watford next season, after his loan deal with Sparta Rotterdam runs up at the end of the current season.