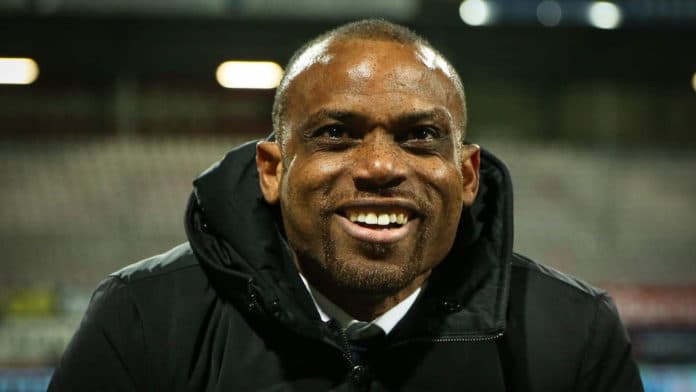 Oliseh is a member of FIFA Technical Experts for the 2022 World Cup in Qatar, serving as one of Nigeria’s representatives at the World Cup.

“After the beautiful opening ceremony with one of my favourite actors, Morgan Freeman, work and fun finally started,” Oliseh said on his official Twitter handle.

“Feeling extremely honoured to have been bestowed the privilege in the company of legendary Italian maestro, Alberto Zaccheroni as FIFA Experts for today’s opening FIFA World Cup match; Qatar vs Ecuador.

Oliseh’s duty during the world cup will include analysing matches, pinpointing technical excellence and recording the latest advances and developments in the games.

The 2022 World Cup kicked off on Sunday as hosts Qatar opened their 2022 World Cup campaign on a losing note, beaten by Ecuador in a humbling 2-0 defeat at Al Bayt stadium.

Oliseh played 63 international matches and scored three goals for Nigeria, and played at the World Cups of 1994 and 1998.

Senator representing Abia North at the National Assembly and former Governor of Abia State Orji Kalu, has expressed his feelings on the alcohol ban imposed by Qatar, saying it was important to consider the needs of soccer fans.

Qatar, Kalu said, “Should consider the impact this ban will have upon those who follow soccer with great passion.”

“Soccer is secular. It knows no religion, culture or tribe.

“The visiting fans will be disappointed that they can’t watch the beautiful round of leather game with a can of Budweiser, Heineken or Guinness at hand.

“Having signed a $75m sponsorship agreement with FIFA, Budweiser may not take this major breach of contract for granted.

“It could also have a negative impact on developing countries in the future as regards bidding for host of the World Cup”, Kalu warned.

He further advised, “Qatar should reconsider its decision and fulfill its promises to fans on cultural grounds.

“There is an international standard on football and having access to alcohol in the stadium is one of them. It’s entertainment and entertainment must be in whole, not in part.”