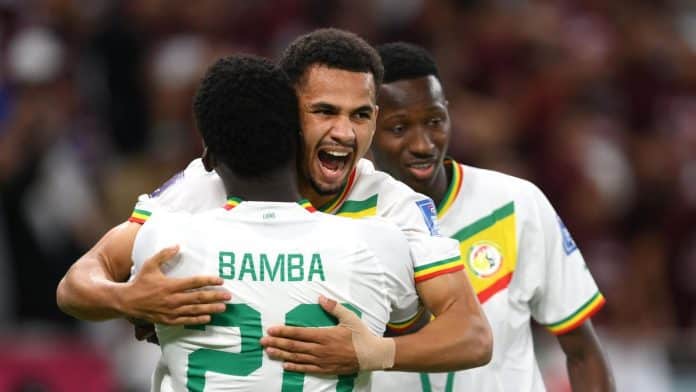 Former Super Eagles head coach, Sunday Oliseh, has praised the doggedness of Aliou Cisse’s Senegal side for their win over Ecuador in their final group match earlier during the week.

Kalidou Koulibaly scored late to earn the Africans a 2-1 win at the Khalifa International Stadium and reached the knockout stage at the expense of the South Americans.

Oliseh, who is a member of the FIFA Technical Study Group for the 2022 World Cup, was ecstatic and took to his Twitter account to congratulate Cisse and his team for their team spirit.

“In spite of all the injuries to star players like Sadio Mane, Kouyaté,” the former Super Eagles star tweeted.

It is the first time the Teranga Lions have qualified for the round of 16 at a World Cup since 2002 under the guidance of Bruno Metsu and Cisse featured in four of their five matches at that tournament.

By virtue of the win, Senegal also set the record as the first African nation to beat a South American side at the World Cup since Cameroon overcame Colombia in 1990.

In a related development, coach Cisse dedicated Senegal’s victory over Ecuador to the injured Sadio Mane.

Mane was ruled out of Qatar 2022 after suffering an injury in the build-up to the tournament, but Cisse’s thoughts quickly turned to the forward in the aftermath of his side’s massive win.

“I would like to dedicate this victory to a man who is doing extraordinary things for the country, who is unfortunately not here today. This man is called Sadio Mane,” he said.

Senegal face England on Sunday for a place in the quarter finals.