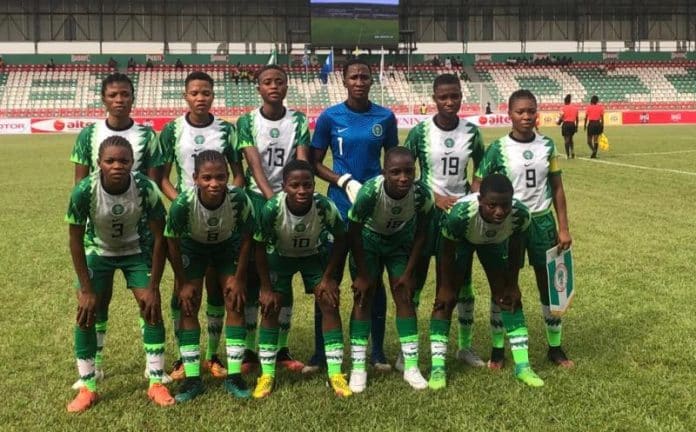 Head coach of Nigeria's U17 side, Bankole Olowookere, is optimistic of his side's ability to overcome USA when both sides clash in the quarter-finals of the U-17 Women’s World Cup in India.

After losing their first group stage game against Germany, the Flamingos bounced back with wins against New Zealand 4-0 and Chile 2-1 to set up the last eight epic battle against the Americans, who won Group A with seven points

“As a coach, I have achieved getting to the quarter-finals of the World Cup, but as Nigeria, we have not reached the final journey,” Olowookere stated on NFF TV.

“The best we have ever gotten at the U-17 Women’s World Cup is the quarter-final stage, I’m here to create a lot of upsets and set new records.

“We need to work hard to get to the semi-final and set a new record for the U-17 team.”

He added, “We respect the USA team, they are a superpower in female football. I am watching them closely, they play well and score many goals. I have to be careful about playing them.

“I am going for the win, but I have to look at our loopholes and try to correct some of the things we are not doing right. By the time we are done with all these, we have what it takes to defeat the USA.”