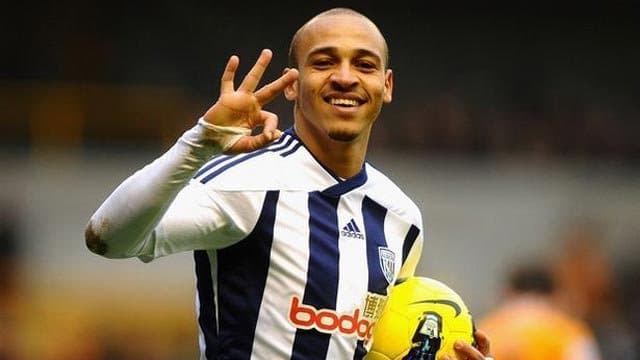 Odemwingie last played for Indonesian side Madura FC in 2017.

He was capped 63 times for Nigeria and played in two FIFA World Cup (2010, 2014) scoring 10 goals including the winner against Bosnia and Herzegovina in Brazil that ultimately secured Nigeria passage to the Last 16.

The 37-year-old was the subject of a peculiar story on Deadline Day in January 2013 where he told the audience via Goal.com: “It's an emotional day, so many memories go through your head.

“I didn't know how to do it or where to do it, but I think this is the right place to do it. Wembley is a place with a lot of history in football.”

Odemwingie also shed light on his next move in the game: “The next chapter is slowly building up to a coaching career,” he continued, “and hopefully I will be coaching in the Premier League one day.”

The Uzbekistan-born attacker began his career with Bendel Insurance in the NPFL before moving to Belgium in 2004 to team up with La Louviere and had successful stints in France and Russia, with Lille and Lokomotiv Moscow respectively, followed, before he caught the eyes of Premier League suitors.

In 2010, the Super Eagles forward joined West Bromwich Albion, where he scored 30 goals in 87 top-flight appearances with Cardiff City, Stoke City, Bristol City and Rotherham United before leaving English football for Indonesian side Madura FC in 2017.

In 2008,  Odemwingie was named as an overage player as the Dream Team V secured the silver medal at the Beijing Olympics.