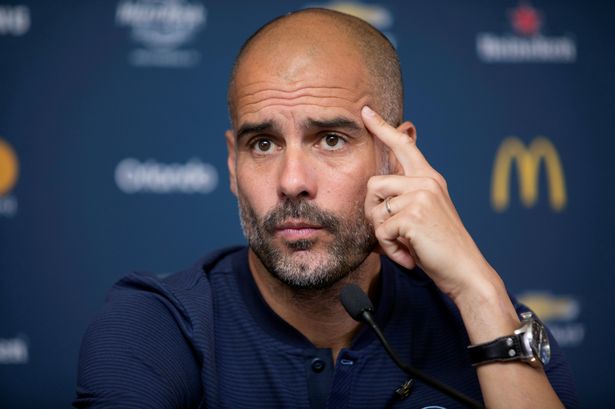 Barcelona manager Ernesto Valverde has accused Pep Guardiola of breaking the rules in his bid to sign Frenkie De Jong.

De Jong put pen to paper with Barcelona in a big-money transfer last week and will link up with the Catalan club at the end of the season.

The Dutch wonderkid was the subject of a fierce transfer battle featuring Manchester City and Paris Saint-Germain as the Nou Camp side eventually came out on top.

After signing a deal worth around £70m, De Jong revealed he held a telephone conversation with Guardiola himself to discuss a Premier League switch.

But Valverde insists his counterpart should not have been talking to a player who was still under contract at Ajax.

“Maybe if you talk to a player with a contract with another team,” Valverde said.

“That cannot be done, you cannot talk to a player who has a contract.

“Recognize that you've done that … it's not in my code.

“Say, everyone has their way of acting. ”

Ironically, De Jong revealed that it was growing up watching Guardiola's Barcelona team play that tempted him to join the famous club over Manchester City.

“I spoke with Paris Saint-Germain and I also spoke with Guardiola about signing for Manchester City, they all want to convince you when they love you, I am happy and proud that they loved me, but I decided to sign for Barcelona,” De Jong said.

“I saw Barcelona as a child and then, when I was a little more aware of the game, I followed the Guardiola era with all his successes, that still made me a biggest fan.”