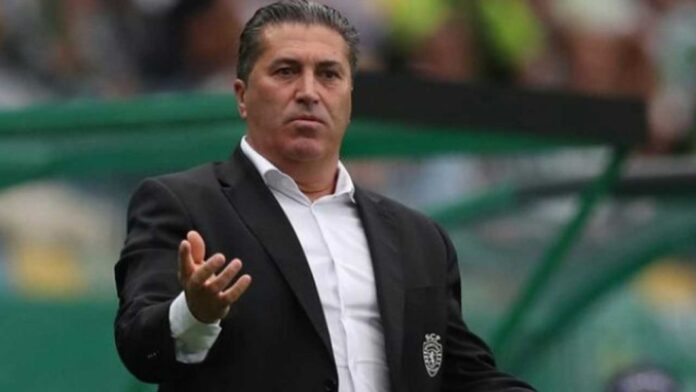 He travelled yesterday to the United States with a few of his staff to meet with the assistant coaches and other staff the NFF appointed, led by former Super Eagles striker Finidi George.

After meeting with his new crew, he put out a post officially announcing that he has taken the new role, in which he also stated his desire to rule Africa with the Super Eagles.

He is expected to lead Nigeria to the African Cup of Nations in 2023 but will first have to scale through the qualifiers. He is feeling confident of his new position as can be inferred from his announcement tweet.

The tweet reads: “Pride! It is with great pride and joy that I am the coach of one of the greatest football nations in the world. Commanding the Super Eagles starts with knowing how to respect history, value it and be inspired by its roots.

“Over 200 million Nigerians, from all states and ethnicities, want the same thing: success. We will work with great ambition, so that in the end we can finally call Nigeria the “four-time African champions!”

Meanwhile, new names have been called up to the team following the absences and the voluntary exclusion of some of the players from the squad.

The three had to withdraw for personal and fitness reasons and their replacements got a chance to play for the Super Eagles once again.

Moffi last received a call-up under former manager Gernot Rohr while Bonke was called up as a surprise by Augustine Eguavoen for the World Cup qualifiers against Ghana.

Adeleye is receiving his first call-up after being talked about for a long time. He is rated as one of the best goalkeepers in Israel and one of Nigeria’s finest shot stoppers in Europe and will now get the chance to prove his worth in between the sticks for the Super Eagles.