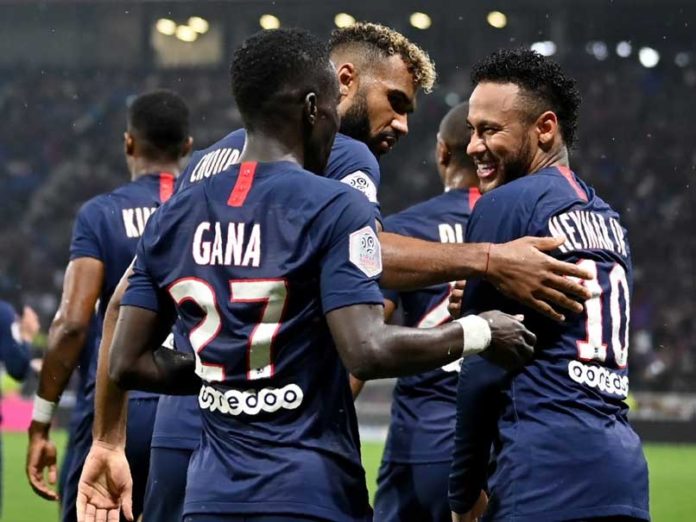 Paris Saint-Germain snatched a late winner from Lyon in Lionel Messi's debut at the Parc des Princes but it was another Argentine who emerged hero, Mauro Icardi.

Just as envisaged, Olympique Lyon proved a hard nut to crack for the Les Parisens who were gunning for their sixth win in sixth matches.

Unsurprisingly, it was the hosts who got the first chance, with Messi's countryman Ángel Di Maria forcing Anthony Lopes into a low save, following some fine free-flowing attacking movement.

Not long after that, Lionel Messi was seen engineering the direction at which PSG were playing upfront, making it an engaging night for Lyon's defense and goalkeeper.

The 34-year old Argentine almost had his magical moment from a set-piece, which cannoned off the bar with Lopes standing motionless between the two sticks.

In contrast, chances were few and far between for Lyon, but Gianluigi Donnarumma did make a smart stop to keep out Xherdan Shaqiri's fierce strike.

However, Lyon struck first in the 54th minute courtesy of Paquetá, who brilliantly swept home a left-footed strike at the near post after he was superbly picked out by Karl Toko Ekambi from the left-hand side.

Pochettino's men were then given a lifeline when Malo Gusto was harshly adjudged to have brought down Neymar inside the box. Referee Clément Turpin awarded a penalty, which the latter nonchalantly converted with 66 minutes on the clock.

Messi was called off in the last fifteen minutes, being replaced by full back, Achraf Hakimi and cutting a frustrated figure after failing to mark his home debut with a goal.

There was to be one final twist though, as Icardi entered the fray, and headed home from Mbappe's cross to spark wild scenes of jubilation in the French capital.