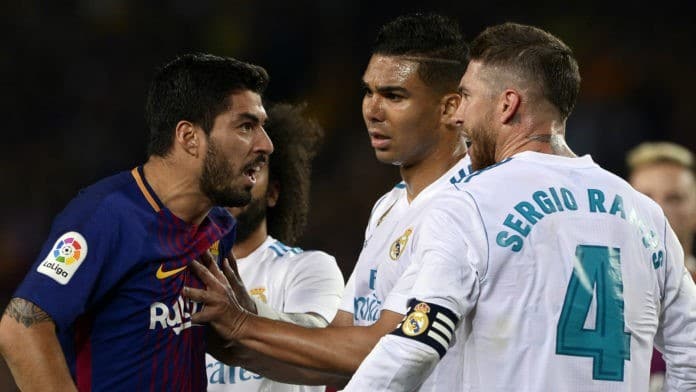 Barcelona head to the Bernabeu looking for a second win over Real Madrid in four days after the Catalan club thrashed their rivals 3-0 on Wednesday.

Valverde must decide whether to field Samuel Umtiti alongside Gerard Pique in central defence, with the Frenchman having recently returned from a serious knee problem.

Jordi Alba will start at left-back while Sergio Busquets and Ivan Rakitic are set to be joined by Arturo Vidal or Sergi Roberto in midfield.

Arthur is also fit and available, having come off the bench last time out, and offers another option for Valverde.

Lionel Messi and Luis Suarez are certain to feature while Ousmane Dembele is expected to complete the attacking trio at the expense of Philippe Coutinho.

Malcom and Carles Alena offer further attacking options as substitutes, with both highly unlikely to start.

Rafinha and Thomas Vermaelen are both out injured while Kevin-Prince Boateng and Sergi Samper have not been included in the squad.